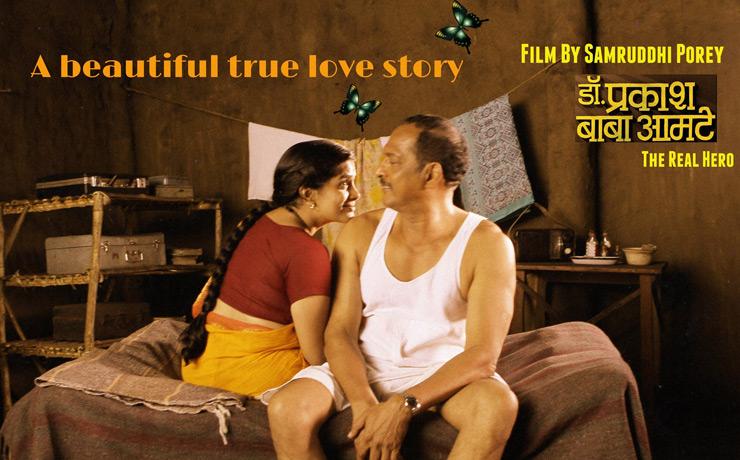 Share this
Year 2014 has turned out to be a good year for Marathi films. There has never been such a good response to a noncommercial Marathi film like ‘Dr. Prakash Baba Amte – The Real Hero’. In the past, many Marathi films, in spite of winning National Award, failed to invite the attention of masses at cinema halls.

‘Dr.Prakash Baba Amte - The Real Hero’, starring Nana Patekar and Sonali Kulkarni, is a biopic on the life of Magsaysay Award winner and social worker, Dr. Prakash Baba Amte. The film is doing a good business and has already gained Rs.12 crores business in six weeks since its release in October. In the sixth week, the film is being shown in about 100 theatres all over Maharashtra, which is a healthy indication and a good news for Marathi cinema.

Last week, we saw the release of another out of the box film ‘Elizabeth Ekadashi’, revolving around a widow and her two little children. Even this film’s subject seems to have appealed to Marathi film lovers. In the first three days of release, the film has made a business of 2.5 Crores, which clearly indicates that the taste of the Marathi audience is changing. Both these films will be part of the forthcoming International Film Festival in Goa, besides five other Marathi films. So, can we say that ‘Happy days are here for Marathi films’?