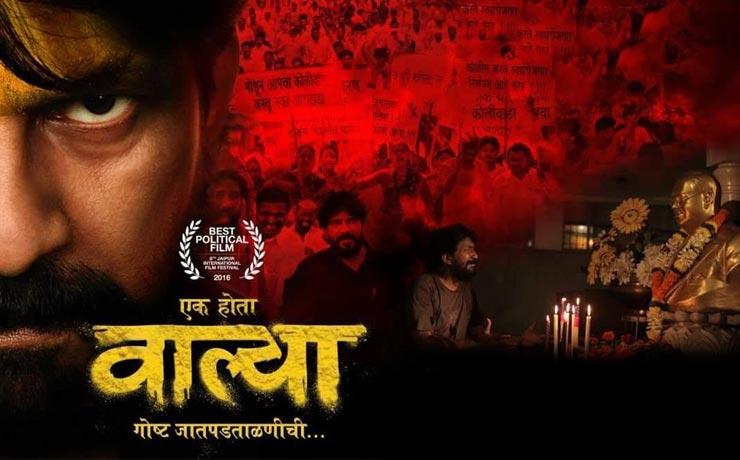 Nowadays, we are finding unique subjects in Marathi films which also help the film in winning awards at international film fests, besides finding new audiences. Recently, new Marathi film Ek Hota Valya was declared the best political film at the 8th Jaipur International Film Festival (JIFF). The film is a creation of multitalented Sharadchandra Jadhav, who besides directing this film, has also written the script and lyrics of this film. Above all, he has also played the central role of the character of Valya in this film.

The film which will be released on April 14, 2016, also stars Priyanka Sasane, Nandkumar Patil,Arwind Dhanu,Yashwant Joshi and many new artistes. Ashok Waigankar & Nitesh Tiwari have composed the music of this film, which is produced by Mukesh Tomre & Agastyanag Jadhav.

In the past, we have seen good political films like Samna, Sinhasan, Pudhari, Sarkarnama & Vazir. Now it remains to be seen, how Ek Hota Valya succeeds in capturing the attention of Marathi audience? Incidentally, more and more new film makers are coming forward to make Marathi films on such subjects, which is to be appreciated.