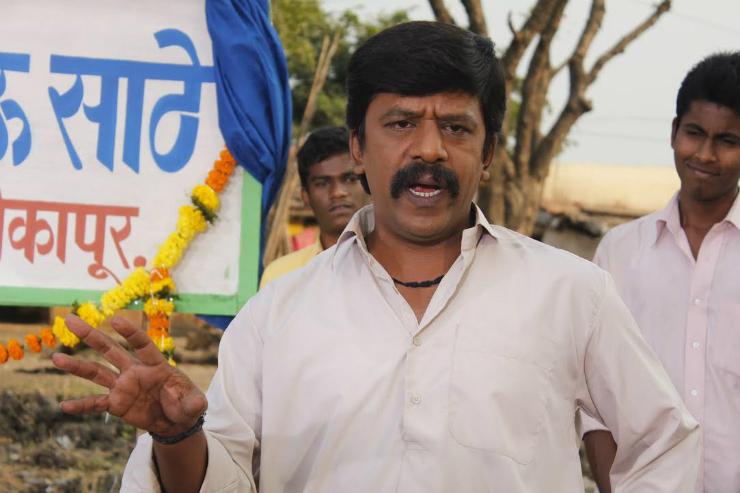 Share this
Ramdas Phutane is a renowned personality in Marathi film industry. Having produced award winning hit film, Samna, he also directed films like Sarvasakshi and Survanta. He is returning to Marathi films after 21 long years, as a director, with forthcoming Marathi film Bhagirath Sarpanch, which is produced by debutant Shivkumar Lad.

The first look of this film was unveiled on Monday afternoon, clearly indicating that it is a heart wrenching film revolving around caste reservation. Set against a rural backdrop, a crook is elected as the sarpanch or the head of the village due to his caste on the basis of reservation. He is later faced with the decision of his life: whether or not he should quit.

Producer Shivkumar Lad was highly impressed by the subject of the film and felt that only Ramdas Phutane (Nana) could do justice to the story. Accordingly, both opted for national award winning actor Upendra Limaye to play the lead role and Veena Jamkar to play his wife, in the film. Script is by Asaram Lomte and music is composed by Shahir Sambhaji Bhagat, who is also making his debut with this film. Two big politicians from Maharashtra, Sharad Pawar & Sushilkumar Shinde   will also be seen in this film. The other artistes of the film are, Dr.Mohan Agashe, Kishore kadam, Swarangi marathe, Savita Malpekar,Uday Lagu and others.