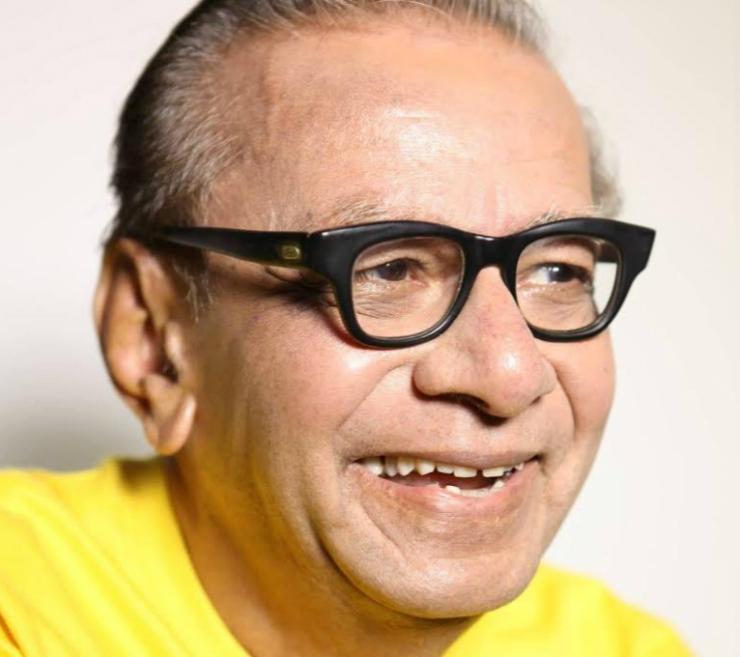 Share this
Never ask an actor his age, as long as he is fit enough to perform. Veteran actor Kishore Pradhan falls in this category. He has been in the acting profession for more than 40 years now. But, he works with the same enthusiasm and spirit, as noticed during 70’s. Those days, he was the busiest actor, as Doordarshan had just started and there were enough programmes where artistes like Kishore Pradhan and his actress wife Shobha had enough scope. One of the popular programmes on TV was the humor-filled ‘Gajra’. Kishore received name and fame as an actor through his popular Marathi play ‘Kaka Kishacha’ which was directed by him, besides performing in this play. He had to limit the offers coming to him, as those days he worked for Glaxo.

Recently, we met him on the sets of the forthcoming Marathi film ‘Braveheart’, when he spoke about his past and present experiences in the acting profession. “Performing on stage in those days was not too difficult, as there used to be only one show at 8.30 pm. It was possible for me to pursue my acting hobby, after attending my office. That’s how I could perform maximum shows of ‘Kaka Kishacha’. Today, I find artistes performing three shows a day. This is possible because they are full-time artistes. From Marathi stage, I shifted my attention to English theater and used to perform in English plays till last year,” he said.

Kishore has also performed in many Hindi films, besides Marathi films. His roles in Bollywood films ‘Jab We Met’ and ‘Lage Raho Munnabhai’ were small, but they were prominent. He is regularly seen on television in various commercials and he is really good at it. When asked about his forthcoming Marathi films, he said, “Besides ‘Braveheart’, where I am playing a grandfather of the lead young actor Sangram Samel, there are films like ‘Stepney’ and ‘Chintamani’ which are due for release. But I am eagerly waiting for ‘Family  Katta’, directed by Vandana Gupte, where I am playing an important role. I really enjoyed working in this film.” he concluded.
Tags: Kishore Pradhan