Mahesh and Medha Manjrekar to present double roles with a difference 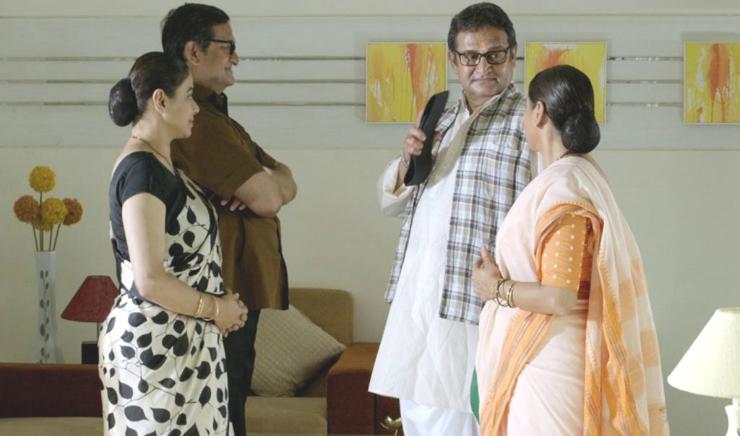 Double roles of two characters in the same film, is not new to cinema. In the past, we saw it happen in Hindi film ‘Angoor’, where we saw double roles of Sanjeev Kumar and Deven Verma. Now in the forthcoming Marathi film, we will see the double role of real life couple Mahesh Manjrekar and Medha Manjrekar in the film ‘Bandh Reshmache’ directed by Jatin Wagle. The story of the film talks about the estranged relationship between two generations, due to the young generation turning tech savvy, resulting in lesser communication with parents.

Both, Mahesh and Medha are performing together for the first time and it will be interesting to see how they have portrayed couples belonging to different cultures. Child star Prajal Parab has an important role to play in this film, while the other lead artistes in the film are Subodh Bhave, Shruti Marathe, Sunil Barve and Sanjay Narvekar.

Produced by Sunil Chandrika Nair under the banner of Zero Hits, the film is all set to release on 29th January 2016.