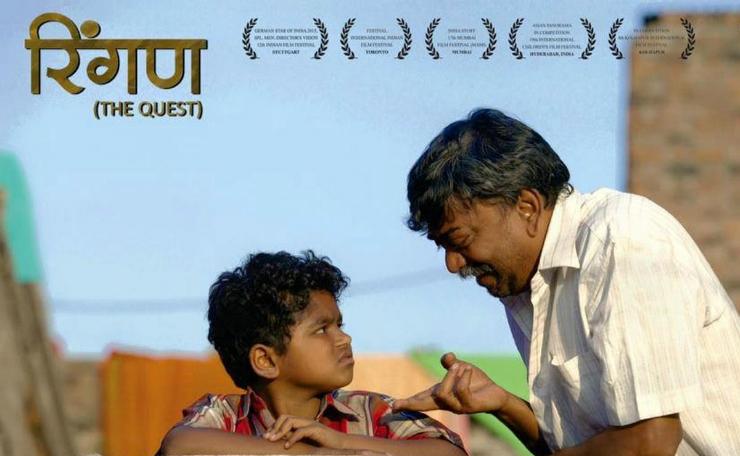 Share this
Marathi film Ringan (The Quest), which has already captivated the audiences at various international film festivals, has a received National award for the Best Marathi Film for the year 2015, at the 63rd National awards announced on Monday afternoon. Ringan, which is a debut film of writer- director Makarand Mane, is about the bond a father and a son share. When Father- Arjun’s land is affected by drought, his livelihood is threatened.  When he considers committing suicide, his unconditional love for his son, motivates him not to give up and he looks for some other work, so as to save his land.

Produced by Makarand Mane along with Vitthal Patil and others, the film reflects important issues like honesty, integrity, and mutual responsibility in the difficult circumstances. The film stars Shashank Shende, Sahil Joshi, Suhas Shirsat, Umesh Jagtap,Ketan Pawar and others. Music of the film is by Rohit Nagbhide.