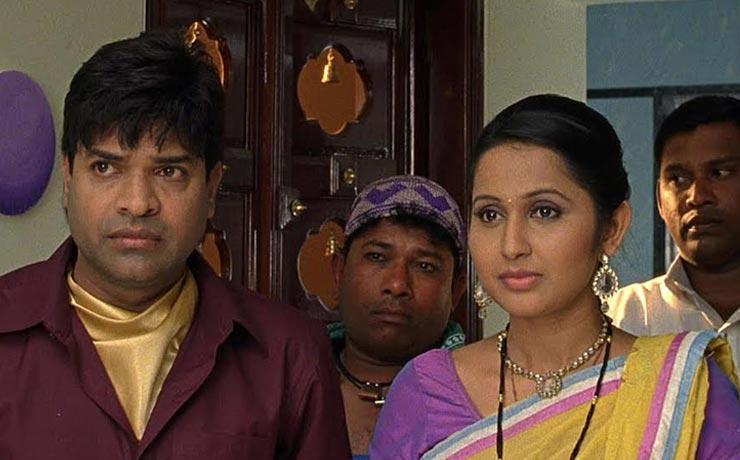 Share this
Ek Kutub Teen Minar is the first Marathi film of Big Talkies which is all set to release on April 15, 2016. Produced by Manoj Yadav & Anil Singh, the film is directed by Ramchandra Kamble. Manoj Yadav, who is making his debut as a film maker in Marathi, said that he has ensured to offer a quality Marathi film, with an undercurrent message. “The film has been shot at picturesque locations in Ratnagiri and all the artistes in this film, have performed exceptionally well.”

Bharat Jadhav plays the lead role in this film, in the company of Vijay Chavan, Sanchit Yadav, Shyam Thombre, Poornima Vavhal, Amruta Deshmukh, Pooja Kadam Vijay Kadam, Gauri Kendre and others. The script is penned by Ashok kambli, while music is by Vilas Gurak. Raja Phadtare has handled the camera, while choreography is by Anil Sutar and art direction by Devendra Tawde.