Milind Kavde Begins Promotion Of 1234 In A Unique Way 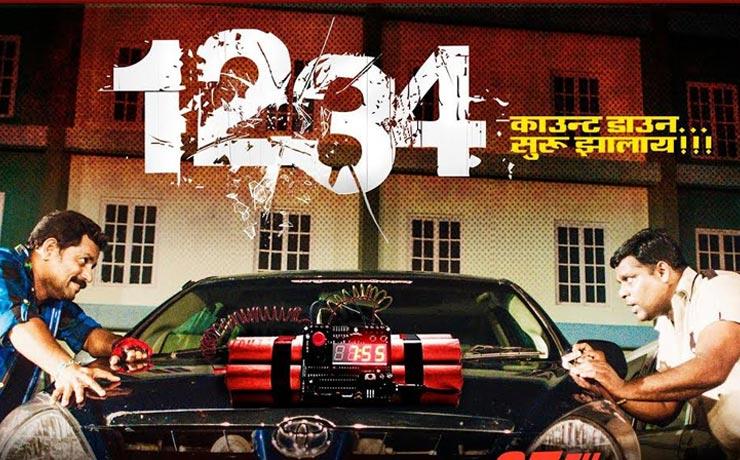 Share this
Every film maker thinks differently to promote his film, before its release. Milind Kavde is one of them. Learning through the experience, while presenting his past films, Milind is using the social networking sites, to invite the attention of Marathi film lovers, towards his forthcoming Marathi film 1234 which is based on four strange moments happening at four different places.

The film stars young artistes Bhushan Pradhan and Priya Marathe and we understand that the song filmed on them was shot in Hyderabad in 43 deg. temperature. But through the official trailer of this film released, we have come to know that there are several well known artistes also playing important characters in this film. The film had received five nominations at the Nashik International film festival, with Sanjay Narvekar nominated for the best actor and Milind Kavde receiving nomination in the best director’s category, besides the film also receiving nomination in the Best Experimental film’s category.

Through different methods of promoting this film, we saw Bhushan Pradhan offering five tips to make your angry girlfriend happy, while Priya Marathe explained the importance of different hair styles through a promotional video. By the way, the trailer of the film does give a glimpse of the big team of popular artistes and the importance of their respective characters. In short, Milind Kavde is trying to attempt something different to promote his film, which will be released on May 27, 2016. After all, the film will take on Sanjay Leela Bhansali’s Marathi film Laal Ishq, which has also announced the same date, for its release.
Tags: 1234 Marathi Movie, Milind Kavde, Bhushan Pradhan, Priya Marathe, Sanjay Narvekar