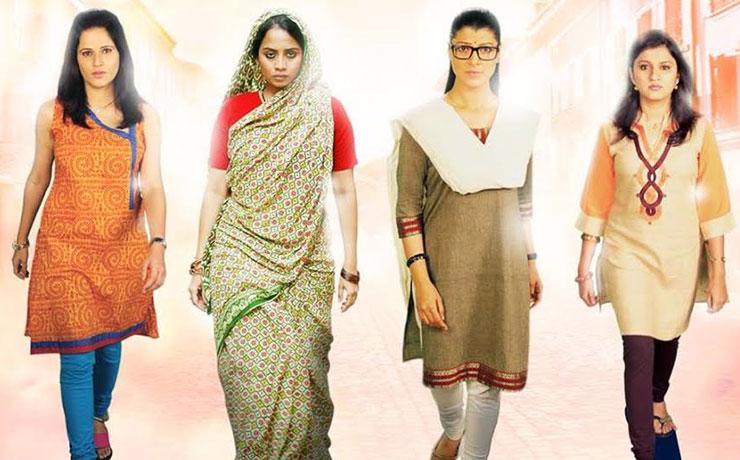 Share this
Right from pre independence days, we have witnessed women oriented subjects in Marathi films.  Well Known film maker V.Shantaram attacked the treatment of women in Indian society, through his film ‘Kunku’ .The film achieved both critical and commercial success, and was screened at the Venice International Film Festival.  In 1953 P.K.Atre’s ‘Shyamchi Aai’, which was another woman oriented subject, showing how a mother plays  the most important role in the upbringing of her son and how she teaches him  to stick to his ideals and principles, even in the face of poverty. It was a very touching film, which won the Golden Lotus National award for the best film.

Later, the process of highlighting the issues related to women were seen in many Marathi films like, ‘Manini’( 1961) , ‘Molkarin’( 1963) with superb performances coming from Jayashtree Gadkar and Sulochana respectively.  We also saw top actresses from Bollywood, like Smita Patil and Padmini Kolhapure doing films on strong women oriented subjects, like Umbartha’ and ‘Chimani Pakhara’ respectively. A reputed female film maker like Kanchan Adhikari has also offered some Marathi films on women oriented subjects. Her films ‘Manini’( 2010) ,followed by  ‘Don Ghadicha Daav’ , ‘Mokala Shwaas’ presented some social issues related to women.

However, compared to Hindi, Bengali films, there are less women oriented films in Marathi. The male dominated political thrillers, comedy films dominated Marathi film industry especially during 80’s & 90s. Later, we saw a major  change coming with films like ‘Shwaas’, ‘Vihir,’ and some rural based films like ‘Dhag’ & ‘Khwada’, which were screened at international film fests. But, still, not many film makers, except Kanchan Adhikari and few others, dared to make films on women oriented subjects. There were few exceptions like ‘Vavtal’, ‘Mukti’ ,’Rita’ , ‘Mee Sindhutai Sapkal’ ,’Mala Aai Vhaychay’, ‘Sou Shashi Deodhar’, Kaksparsh’,  ‘Candle March’, and so on. Now a days, the film makers try to make films , highlighting  social issues of women through an entertaining way and the best example is recently released film ‘Poshter Girl’.  But, such films should inspire the audience.

It does not matter how the issue related to women is presented, as long as the social message is delivered. But, we do need more Marathi films with strong Women- oriented subjects.