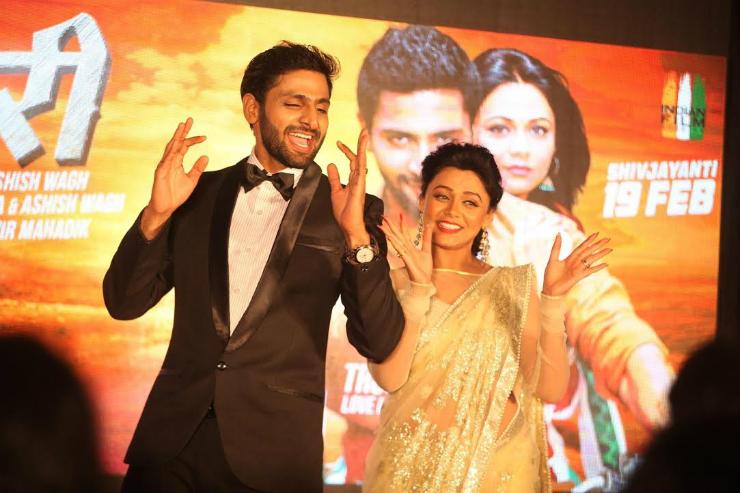 After the success of Bollywood film Bajirao Mastani, Marathi film actor Vaibhav Tatwavdi has gained popularity. His next film will be ‘Mr. & Mrs. Sadachari’ in Marathi, which is directed by Ashish Wagh, the leading distributor turned director. In this film, Vaibhav’s co star is Prarthana Behere, with whom he has worked in one successful film Coffee Aani Barach Kahi and therefore there are huge expectations from this forthcoming Marathi film, which is all set to release on February 19, 2016.

On Monday evening, the music launch of the film took place with the lead pair Vaibhav and Prarthana themselves anchoring the show, introducing the music team and the entire cast of the film, in a systematic manner. And this gave a clear indication of their good understanding with each other, whether it’s about cracking timely jokes or entertaining the audience. Video clips of all the five songs in this film were shown, giving an idea about the grand projection of the songs, with colorful costumes and ideal locations. The film has been shot in Mauritius, to give a beautiful look to the film.