Music Of Made In Maharashtra Launched 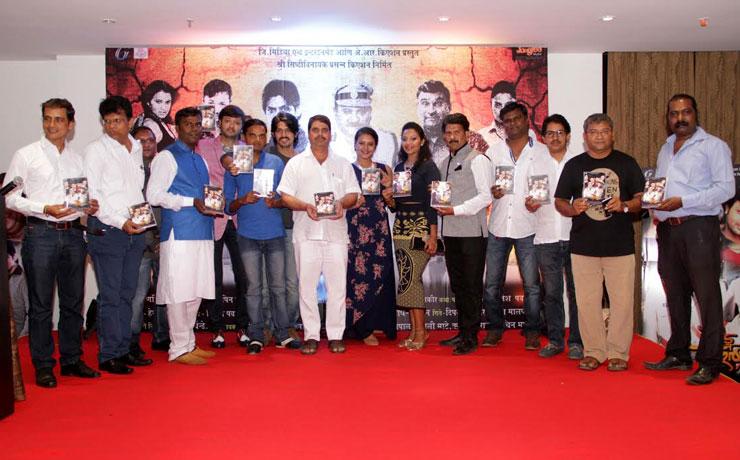 Share this
With the help of unique stories and latest technology, Marathi films are going worldwide, captivating different types of audiences. Forthcoming Marathi film Made in Maharashtra produced by Ranjit Yadav, also promises a fresh script penned by directed Nitesh Pawar himself.

Not very long ago, the music of this film was released in the presence of artistes of this film and media persons. There are five very different songs from the film, which are rendered by popular singers like Neha Rajpal, Swapnil Bandodkar, Bela Shende,Hrishikesh Ranade, Abhijeet Kosambi,Vaishali Made and others.  Two music director pairs, namely, Arun-Vilas & Subhash –Sachin  have composed the music of this film which will release all over Maharashtra in May 2016.