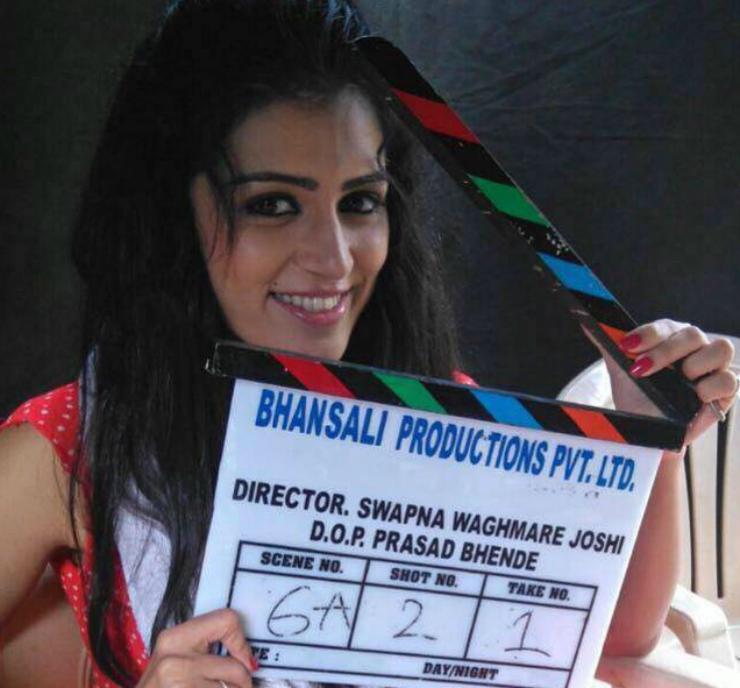 Share this
Nowadays, we find a large number of new faces entering the Marathi film industry. Some of them are really very charming. Newbie Sneha Chavan is one of them. Recently, we met her during the trailer launch of her forthcoming Marathi film Laal Ishq, when she spoke about herself.” I am from Karad. Therefore, I am new to Mumbai and this Marathi film industry. I was offered this film, because of my selection in the Zakaas talent hunt contest.”

It was her luck that her debut film turned out to be popular Bollywood film maker Sanjay Leela Bhansali’s first Marathi film and that too with top actor like Swapnil Joshi. When asked to comment on the same, she said, “I am very much excited about my debut in this film. Don’t really know how to express my feelings. I had never thought that one day I would meet all these people in my life. Actually, I have grown up watching their films and now I have worked with them. This was really exciting! Now, only after the release of Laal Ishq, I would accept new films. I am so confident about the success of this film,” concluded Sneha.
Tags: Sneha Chavan, Laal Ishq Marathi Movie, Swapnil Joshi, Anjana Sukhani, Sanjay Leela Bhansali