Nitin Kamble ready to release his next film 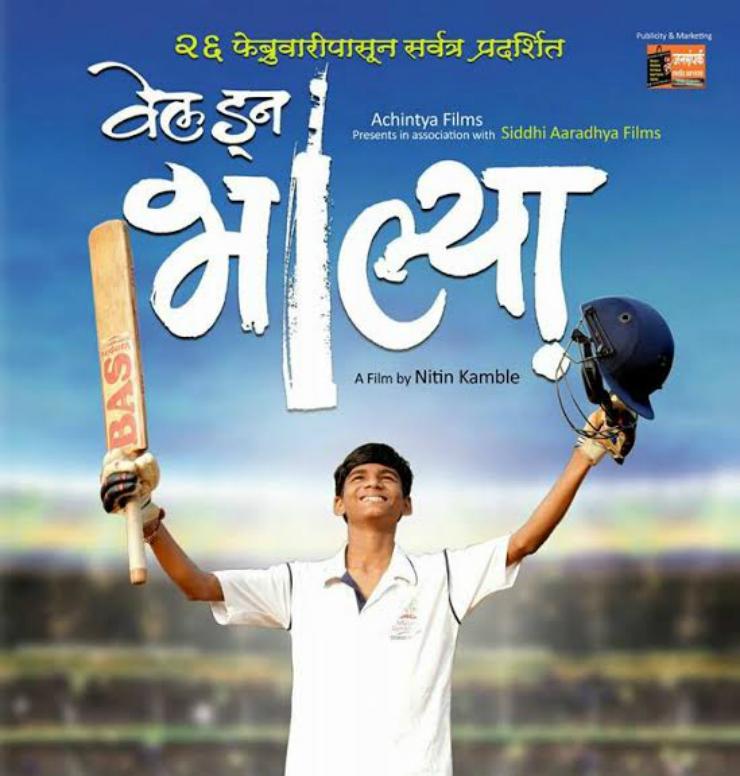 Share this
Some film makers are so passionate about their work that they don’t seem to be very much concerned about promotion of their films. If we tell you that director Nitin Kamble has made films like Chandrakala, Satya and You Aani Mee with popular artistes, you will not believe it. But he has presented all these three films during the past five years, with total commitment and focussing on the subject of his films.

Nitin is presenting a film Well Done Bhalya which is set on the backdrop of a village, where the game is popular among small children. Through this film, the director presents the story of a poor Adivasi boy who is good at the game of cricket but has to face tough challenges in life. Child artiste Nandu Solkar plays this title role of Bhalya along with a big team of  veteran and renowned artistes like Ramesh Dev, Sanjay Narvekar, Alka Kubal, Ganesh Jadhav, Mitali Jagtap, Sanjay Khapare, Anshuman Vichare, Sharad Ponkshe, Namrata Jadhav, Rajesh Kamble, Sourabh Karvande, Nitin Kamble, Mahesh Kute, Gary Jeevan Karalkar, Prathamesh Kawle and Sahil Joshi.

The first look of this film is out. Cricket being the religion of our country, the subject of this film is surely an invite to gain attention of Marathi film lovers too. The film is all set to release on February 26, 2016.