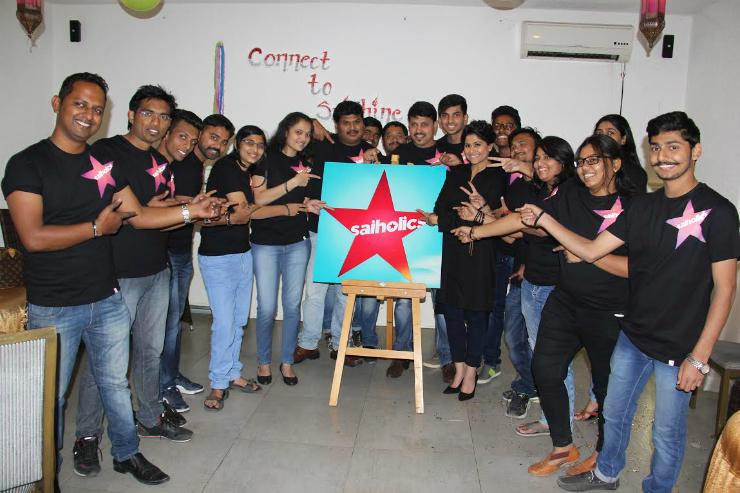 Share this
We have heard about the big fan clubs of South Indian actors Chiranjeevi and Rajnikant. Then, we also saw the fan clubs of popular Bollywood actors like Amitabh Bachchan, Shahrukh Khan and Salman Khan. In Marathi Entertainment industry, actor Prashant Damle’s fan club is known to all.  His fans have formed the Prashant Damle fan Foundation, which is into various social activities. We are also watching the fans of Nana Patekar and Makarand Anaspure coming forward to help for a cause; i.e. by raising funds to help the families of poor farmers.

Last year, we also saw the fan club of actor Siddharth Chandekar surprising him with his birthday celebration in Pune. Mrunmayee Deshpande too has a big fan following. Now, we hear that Sai Tamhankar’s fans have also formed a fan club. Recently, they even named the club as ‘Saiholics’ and even released the logo! They celebrated the occasion with lots of fun-filled events. By the way, Sai Tamhankar certainly needs the support of her fans, as none of her recent releases have done well. Presently, she is doing a film ‘Vajandar’ directed by Sachin Kundalkar, in which talented actress Priya Bapat is playing a parallel lead.