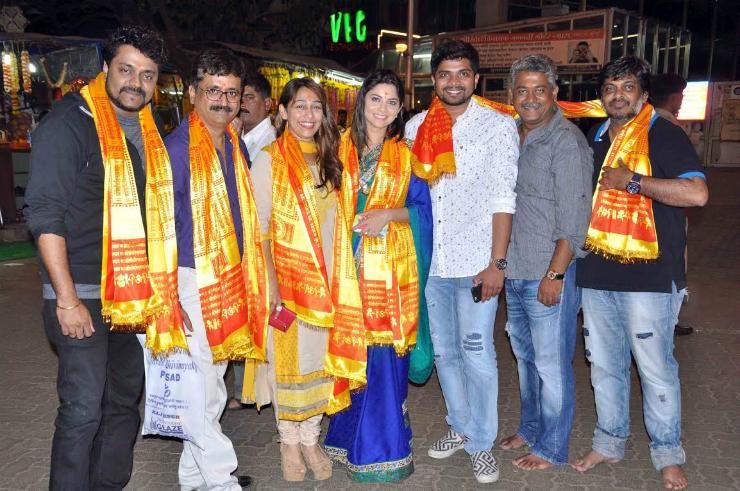 Share this
The Siddhivinayak temple at Prabhadevi has always played an important role for film and sports personalities. Many top celebrities seek the blessings of the lord before starting any important event. The much talked about ‘Poshter Girl’, Sonalee Kulkarni was no exception. Sonalee visited Siddhivinayak temple, along with actor and scriptwriter Hemant Dhome, director Sameer Patil, music composer Amitraj, choreographer Phulwa Khamkar and producers Pushpank Gawde and Hadi Ali Abrar.

Speaking of her visit, Sonalee said, “We are here to thank God, for what he has given us.” While, Hemant Dhome said that he offered prayers that the audience would love the film.” The other important artistes of this film are, Hrishikesh Joshi, Aniket Vishwasrao, Siddharth Menon, Jitendra Joshi, Sandeep Pathak and Akshay Tanksale.  The film promises to convey a social message through light-hearted comedy. As a director, Sameer Patil has already proved himself as a film maker through his debut film ‘Poshter Boyz’. We all await the release of ‘Poshter Girl’.