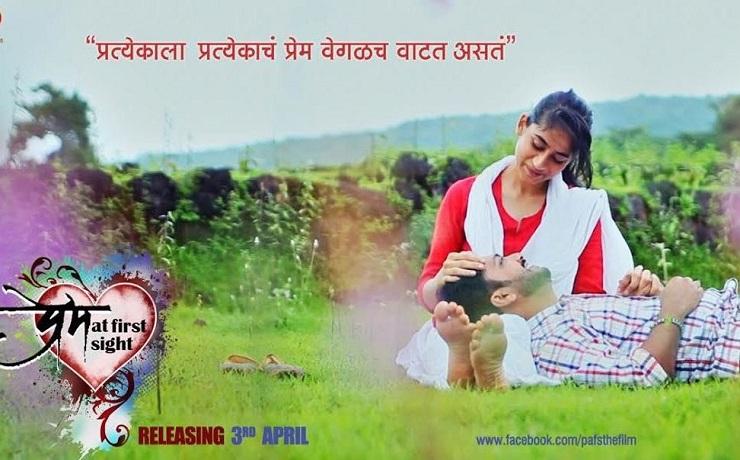 Share this
There have been many Marathi films released recently on the topic of 'love'. However, every film had a different interpretation of love. Producer- Director Uday Salkar from Goa, who had earlier made a film ‘Ek Aas Antarichee’, is now ready with his new Marathi film ‘Prem At First Sight’, starring ‘Shree Partner’ fame Shweta Pagar and Sumaydh Gaikwad, who is making his debut in the lead role along with Suchit Gavli, Samiksha Desai, Aryan Kherdekar, Satish Gavas, Rajesh Karekar, Kevin Demello & other artistes from Goa. Sumaydh, a photographer by profession, has made his entry into Marathi films through a small role in the film ‘Akalpit’ which was a psycho thriller.

The campaign of this film is going on in full swing on social networking sites, with a competition for couples, which has been receiving good response. Renowned South Superstar Iisha Chaawla has also supported their contest. Santosh Mainkar, who was the associate director for the film ‘Shree Partner’ is the creative director of this film, with 24 year old Swapnil Manval making his debut as director of photography. Lyrics are by Anand Tari, music by Mukesh Ghawal and choreography by David Phurtado are the other credits of the film. The film is all set to release on 3rd April 2015. Earlier, the film was to be released first in Goa, but now they have planned to release it simultaneously at Goa and Maharashtra.