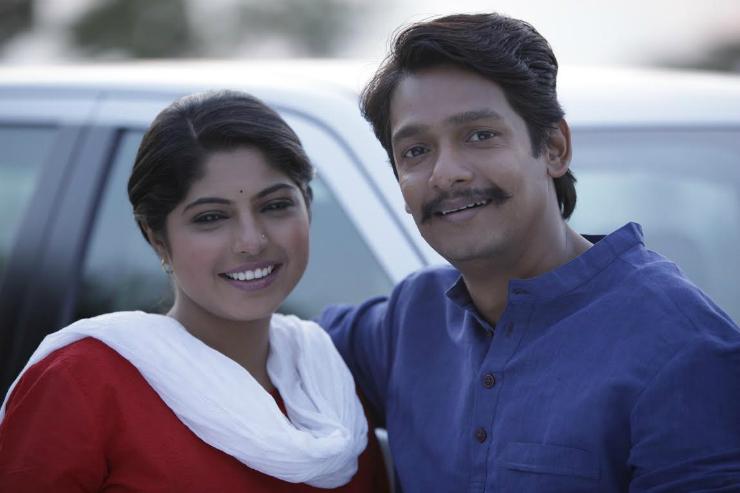 Share this
After giving some memorable performances on Marathi stage,  Priyadarshan Jadhav found a suitable role of Dagadu, in popular Marathi film Time Pass-2 with Priya Bapat, who played the role of his beloved Prajakta. Though in his upcoming film Dhingana, Priyadarshan Jadhav has found a new Prajakta, Prajakta Hanamghar, whom we have seen perform in many comedy reality shows. Under the banner of Mamata Productions, the shooting of this film is just over and the film is in post production stage.

We expect the film to be a complete entertainer. Directed by Chandrakant Dudhgaokar the film is produced by Sameer Sadanand Patil. Besides Priyadarshan and Prajakta, the film featured Anshuman Vichare, Swapnil Rajshekhar and Bollywood  artistes Raza Murad, Avtar Gill, Shahbaaz Khan and  Kunika .
The story of the film is by Hemant Edalabadkar, Cinematography by I.Giridharan, art by Sandeep Inamke  and music by Shashank Powar & Amit Raj.