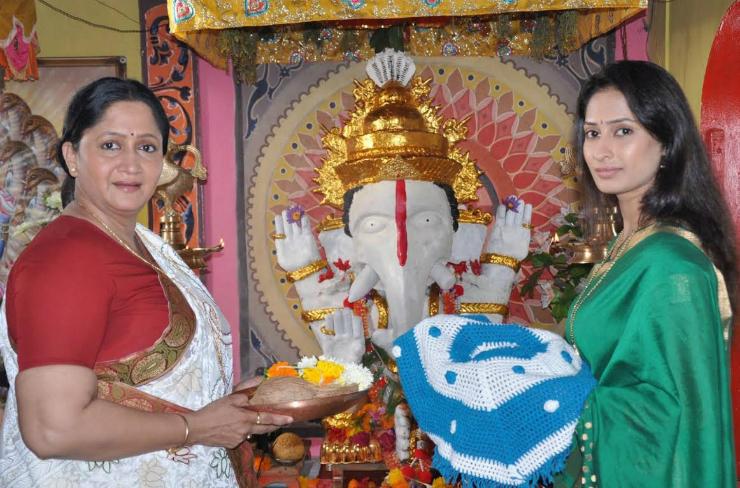 Share this
Deogad Taluka a place near the Konkan coasts, is known for delicious mangoes. But not many people are aware that it is also known for ‘Khavale Mahaganapati’, which exists in Taramumbari village in this taluka and has a record of 315 years, since its inception in 1701, as per the Limca Book of records. The importance of this Mahaganapati is now spreading across Maharashtra.

Writer-director Rajesh Chavan has already made a Marathi film on the backdrop of this Mahaganapati, linking it with the story of a reputed builder and the strange happenings in the lives of his family members. The film stars Sameer Dharmadhikari, Priya Marathe, Alka Kubal Athalye, Tej Rane, Vijay Chavan, Sharad Ponkshe, Ashalata Wabgaonkar, Jayant Savarkar, Aniruddh Harip, Rui Jadhav and a lot of others.