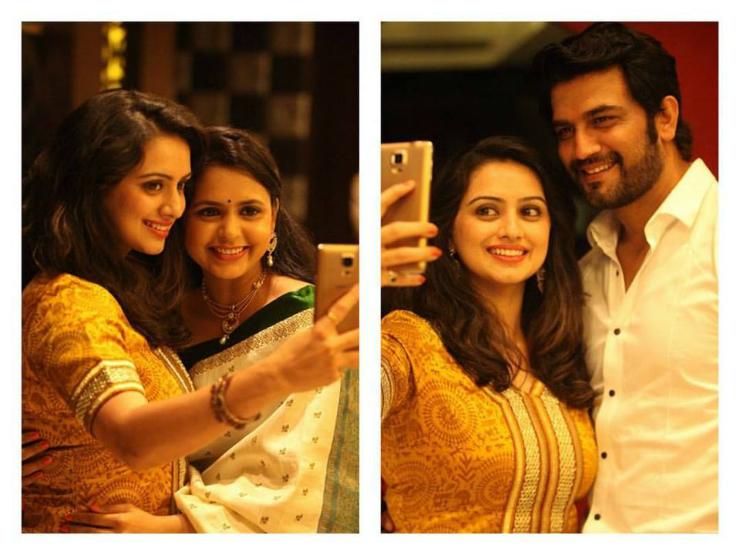 Share this
Sangharshayatra, a biopic based on late BJP leader Gopinath Munde, released the first-look of their film on Wednesday evening. The music and the teaser of the film was scheduled to be unveiled some time last month, however was postponed due to unforeseen circumstances.  On the first-look launch event, the director of the film Sakar Raut, also announced the release date of the film. Sangharshayatra will now hit the screens on February 19, 2016.

The three lead stars of the film, namely Sharad Kelkar, who is playing the role of Gopinath Munde, Shruti Marathe, who is playing his daughter Pankaja Munde’s role and Dipti Bhagwat, who is playing his wife’s role were present at this launch event. Director Sakar Raut, film’s producers and debutant music directors Shrirang Urhekar & Aniruddha Joshi were also present on the occasion.

The film focuses on the personal life of the leader along with all his interactions with his followers through his hard-hitting speeches as well as the challenges he threw at his opponents. However, what is more appealing is the prosthetic make-up that Sharad Kelkar is donning. Sharad himself was all praises for the ace makeup artiste, besides, thanking the director, while speaking on the occasion.