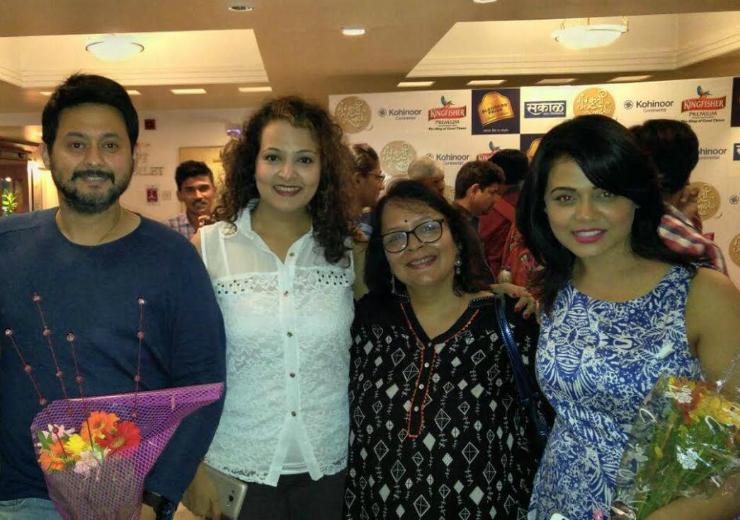 Share this
The nominations for the 16th Sankruti Kaladarpan (SKD) Awards have been announced for different categories in Marathi films, dramas and television shows. However, some of the important awards have already been declared. They are the Lifetime Achievement award for veteran artiste Ashok Saraf, face of the year for Swapnil Joshi and Style Icon of 2016 to actress Manasi Naik.  The other declared awards were for Nana Patekar (Abhinay Samrat), Vikram Gokhale (Sp. Jury Award) and Sachin Pilgaonkar (Manacha Mujara).  All the final winners in film section will be awarded Rs. 1.5 lakh each, while the final winners in the Marathi drama section will receive Rs.1 lakh each.

In the most popular film’s category, the three films nominated are Dagadi Chawl, Double Seat & Natasamrat, while the three films nominated in the best Social film’s category, Deool Band, Hakka & Police Line have received nominations. In the nominations received in other categories of films, Natasamrat and Katyar Kaljat Ghusali have scored maximum. The nominees for the best actor are Sumeet raghavan, Ankush Chowdhari, Makarand Anaspure,Santosh Juvekar & Gashmeer Mahajani, while the nominations for the best actress category are Mukta Barve, Medha Manjrekar, Pooja Sawant, Smita Tambe & Urmila Nimbalkar.  According to the organisers of SKD awards - Chandrashekhar Sandve and Archana Nevrekar, all the awards will be presented at a grand ceremony to be held on April 24, 2016 at NESCO Ground Goregaon, Mumbai.