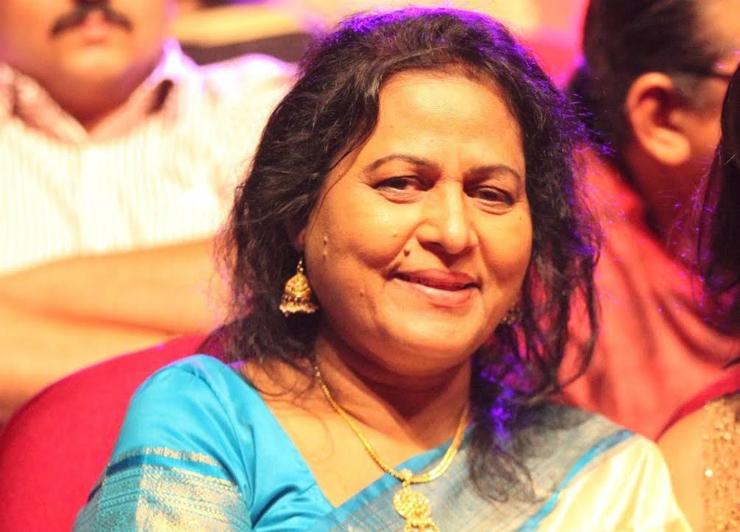 Share this
Veteran Marathi actress Sarla Yevlekar recently received Life Time Achievement award from Dadasaheb Phalke Trust. On the same note we take you down the memory lane of her acting career.

Originally from Solapur, Sarla Yevlekar began her acting career with stage plays followed by roles in Marathi, Hindi and Gujarati films. Ashi Vasti Ashi Mansa was her first drama,while she made her debut in films, through a supporting role in Marathi film Saticha Vaan. Her first film as a protagonist was Harya Narya Zindabad. During the 70s, Sarla Yevlekar was considered as one of the most dashing actresses. She performed such brilliant roles in films like of Datta Dharmadhikari’s Dhakti Mehuni in 1978, followed by Zakol starring Shriram Lagoo in 1980 and Shriram Gojmode’s film Jhatpat Karu De in 1981.
She performed memorable roles in Marathi films like Pinjra, Thapadya and Javayachi Jaat. Whereas where Gujarati films are considered, she performed in Pandu Jamadaar, which was a Gujarati version of Pandu Hawaldaar. Another Gujarati film she did was, Gaav Ki Naar Gujaratni.

Sarla Yevlekar is also a part of Hindi films like Dance Dance and Kasam Paida karnewali Ki. In spite of being talented, she had to struggle a lot in this field. And therefore she has a huge fan following. She absolutely deserved this Lifetime Achievement Award considering the kind of hard work she has put in her work!
Tags: Sarla Yevlekar