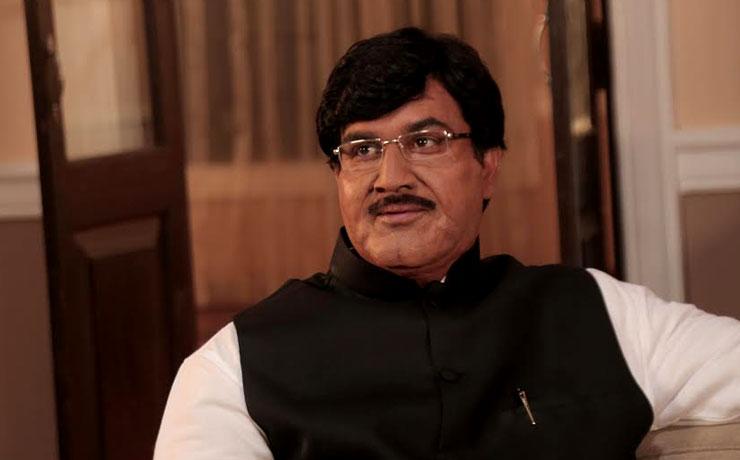 Share this
We were all aware that popular actor Sharad Kelkar was performing the role of late BJP leader and former Central Minister Gopinath Munde in the biopic ‘Sangharshayatra’. However, his look was not unveiled by the makers of the film even in the teaser of the film, which was released last month. But now, his photos in the get up of the popular leader have been revealed, and we notice that he has a striking resemblance with the late dynamic leader. Thanks to Pradeep Premgirikar, for the wonderful prosthetic make up done by him.

It may be recalled that when the film was launched last year and it was announced that Sharad Kelkar would play his role, there were doubts expressed by many as to whether Sharad would resemble Gopinath Munde. But with the unveiling of his photo in the get up, we are sure that everybody will be convinced. Now it only remains to be seen, how the actor would match with the speaking style and body language of the leader.

In this film produced by Suryakant Baji, Sandeep Ghuge, Mukund Kukarni, Raju Baji and directed by young Sakar Raut, actress Deepti Bhagwat is playing the role of his wife. Shruti Marathe is playing the character of his politician-daughter Pankaja Munde. The other important characters in this film are played by Omkar Karve, Girish Pardeshi, Pritam Kangne and Shilpa Gandhi. DOP Sanish Jairaj and music by Shrirang Urhekar & Aniruddha Joshi are other credits. The film is due for release on 11 December, 2015.
Tags: Sharad Kelkar, Sangharsh Yatra, Gopinath Munde, Shruti Marathe