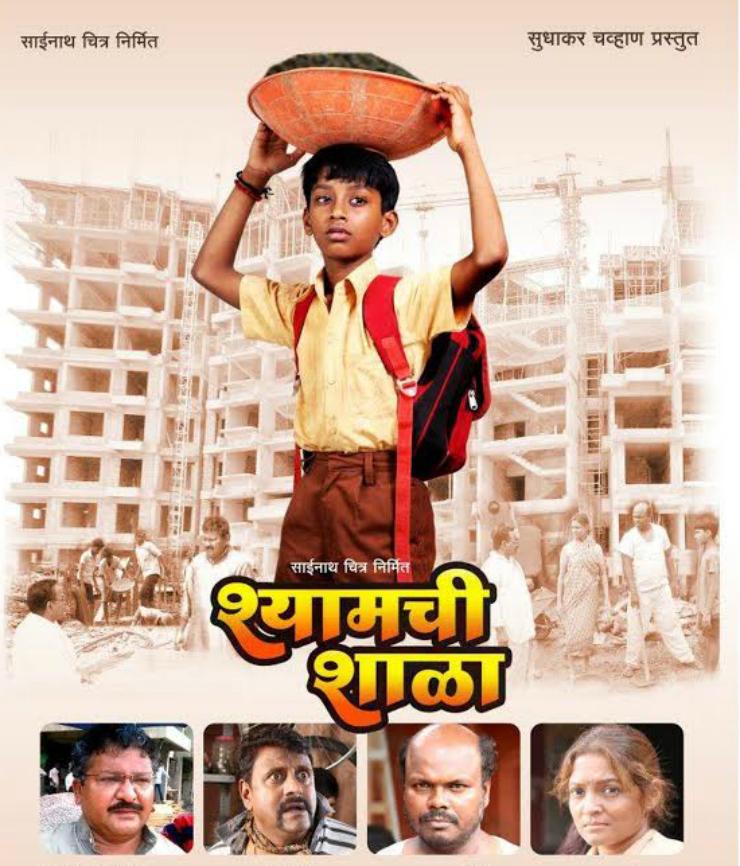 Share this
In the past few years, we have seen many films made on the subject of schooling and education. To name a few, there were films like ‘Shikshanachya Aaichha Gho’, ‘Shala’, ‘Majhi Shala ‘Night School’ and ‘Killa’, which were set on the backdrop of school. Now, there is a film with the name of ‘Shyamchi Shala’, which has been made perhaps with the intention of catching the attention of the world audience.

The theme of this film questions whether it is possible for the son of a laborer to take good education, or whether education is only possible for the children of people belonging to higher income group. The film is a message to change this particular mindset of the parents, who work as laborers.

Directed by Prakash Jadhav, the film stars Milind Shinde, Nisha Parulekar, Arun Nalawade, and Vijay Kadam in lead roles. It may be mentioned that the director has always given importance to such social subjects through his past films.