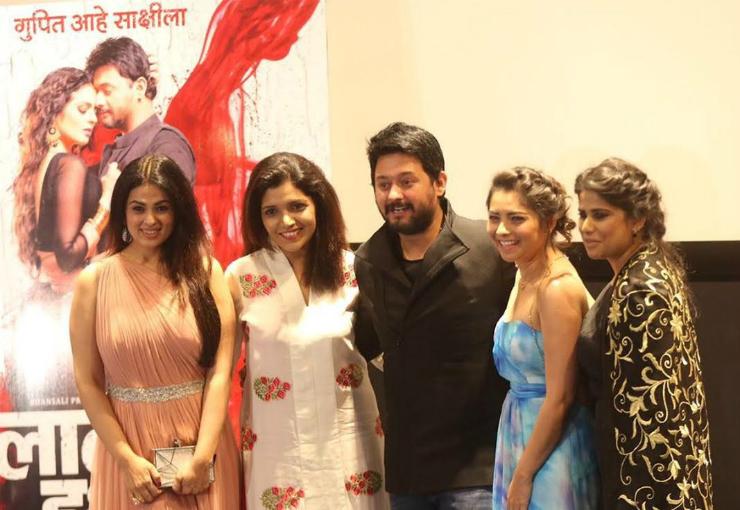 Share this
Sometimes, a person doesn’t know how to react when he is overjoyed. This happened with Marathi star Swapnil Joshi recently. There was a huge gathering of media persons and special invitees, during the launch of the trailer of his much awaited Marathi film Lal Ishq, produced by Sanjay Leela Bhansali and directed by Swapna Waghmare Joshi.

Firstly, he thanked the media persons for their presence in such a large number. Then he thanked Sanjay Leela Bhansali, for choosing him for his first Marathi film. “It was the most memorable moment of my life when he signed me for this film,” he said.

Swapnil received the biggest surprise during this event, when the show anchor invited one by one, all the past heroines of his three successful films. They were Sai Tamhankar Mukta Barve, and Sonalee Kulkarni. It was only then the lead star of the film Anajana Sukhani was invited on the dais, to join him in the presence of the three stars. Perhaps, this was another memorable moment in Swapnil’s life, which made him reach cloud nine.