Teaser of 'Ganvesh' released on the eve of Republic day 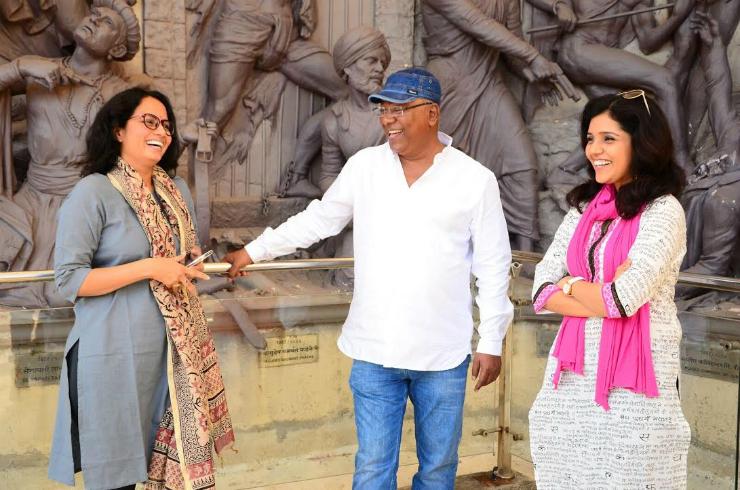 Share this
Teaser of Marathi film ‘Ganvesh’ was released on the eve of the 66th Republic day of India. On this occasion, artistes of the film, Mukta Barve, Kishore Kadam,Smita Tambe and director Atul Jagdale visited the Savarkar Smarak, Shivaji Park where they announced the release of  the teaser of their film after paying tribute to the statue of Swatantyaveer Vinayak Damaodar Savarkar.

According to film maker Atul Jagdale, the film is a tribute to thousands of freedom fighters, who laid down their lives while fighting for India’s freedom. Debutant director Atul Jagdale, who is also an expert cameraman is also producing this film, under the banner of Vijayate Entertainment. He seems to have worked extremely hard, by adding humour to a hard hitting subject like this and still doing justice to its serious tribute. The three actors of the film, Mukta Barve, Kishore Kadam and Smita Tambe have big hopes from this film.