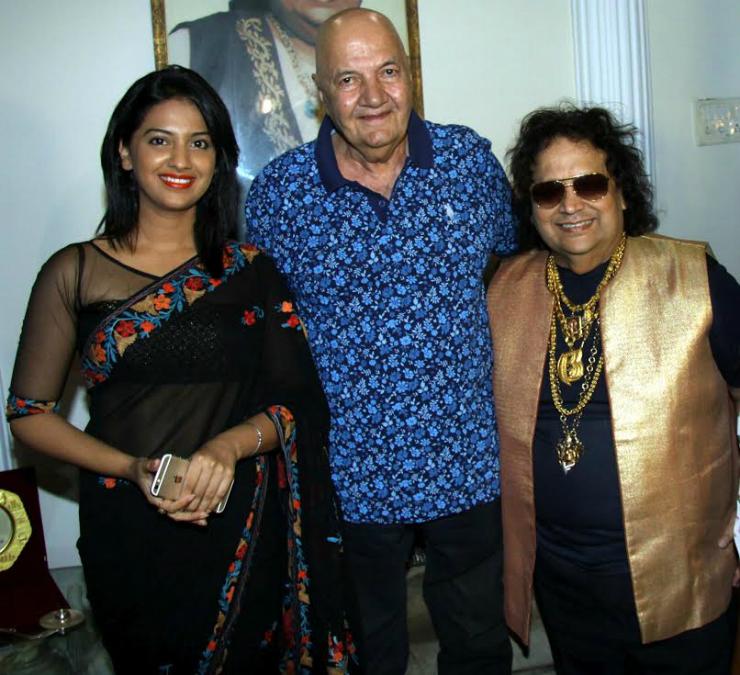 Share this
After her successful stint as a TV artiste on Marathi television, Tejashree Pradhan has now bagged a big assignment in Bolllywood.  She is selected to play a lead role opposite Sharman Joshi in producer Balkrishna Shrivastava’s film Sayonara, to be directed by Ajay Verma. Recently, the muhurat of this film was held at Bappi Lahiri’s studio in Mumbai.

It may be recalled that Janhavi had attained name & fame as a TV actress, with her character of Janhavi in popular Marathi TV serial Honar Suun Mi Hya Gharchi, during the year 2014 and 2015. Incidentally, she has also performed in Marathi films like Zenda and Lagna Pahava Karun. But, she was not offered a prominent lead role in Marathi films. However, this offer from a Bollywood film should make her more than happy, as besides Sharman Joshi, the film also stars Atul Kulkarni and Rutu Sachdeva.  Well known personalities including popular Bollywood actor Prem Chopra, music director Bappi Lahiri & Bright Advertising’s Yogesh Lakhanni were present to bless Tejashree .