The Yashwant International Film Fest held in Mumbai this year 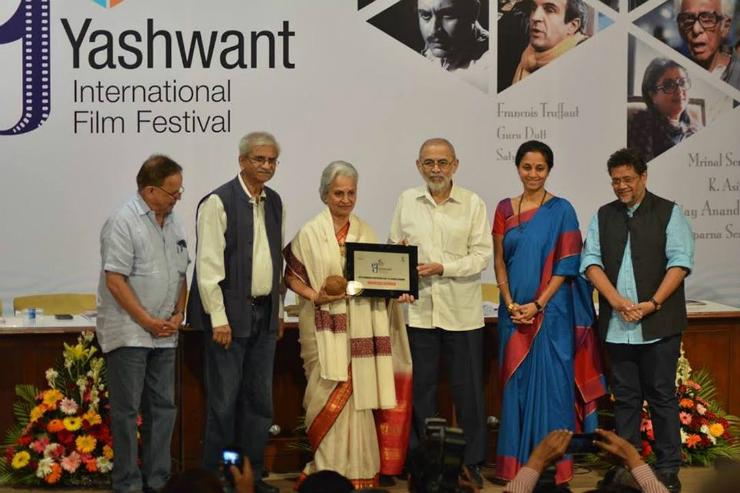 Share this
The Yashwant International Film Festival which is going on at Y.B.Chavan Auditorium, Mumbai, has been receiving a really good response. On January 25, there was a special speech by film maker Mahesh Bhatt. Throughout the speech which was predominantly about Marathi and Hindi cinema, actress Smita Patil was spoken about. It was a tribute to the talented actress, who will be remembered for her memorable performances in many superhit films. Popular veteran actress Waheeda Rehman, who inaugurated this film festival, was felicitated by the organizers for her contribution to Indian cinema.

Several films from different countries in the world are being screened at this festival. Among them are five Marathi films. Shashikant Deshpande’s Aakrandan was screened on the first day, followed by Bharat Gaikwad’s BhoBho and Gajendra Ahire’s The Silence. Also, Shivaji Lotan Patil’s Halal and Makarand Mane’s Ringan are to be screened and the festival will conclude on 28th January 2016.
Tags: Yashwant International Film Festival, Aakrandan, BhoBho, The Silence, Halal, Ringan