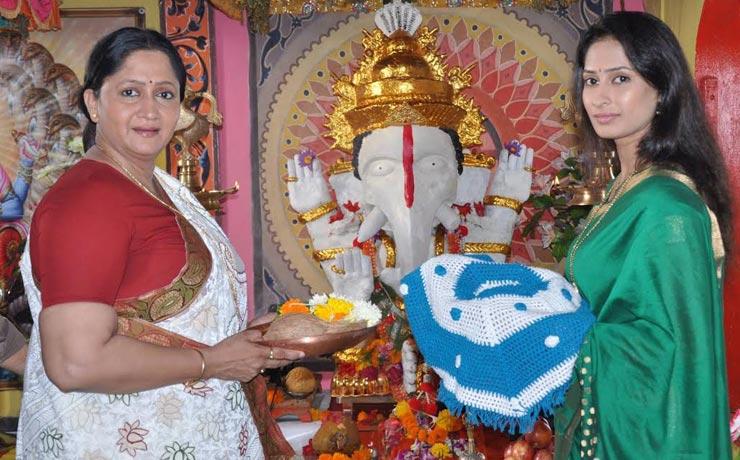 Share this
Films with an old religious backdrop have always invited the attention of Marathi film lovers. Taramumbri village in Devgad taluka in Konkan is known for its oldest Ganapati idol,  ‘Khavale Mahaganapati’. This Ganpati idol had found an entry into The Limca Book of Records in the year 2010, for having a history of 314 years, with its followers scattered beyond Maharashtra as well.

Rajesh Chavan’s next Marathi film, ‘Vighnaharta Mahaganapati’ is based on the oldest Ganpati, linking the lord’s story with the story of a well-known businessman who is a builder by profession. The film is produced by Suryakant Khavale while Rajesh Chavan has written the story, screenplay, and dialogues for this film. The film stars Sameer Dharmadhikari, Alka Kubal Athlye, Priya Marathe, Tej Rane, Vijay Chavan, Sharad Ponkshe, Ashalata Wabgaonkar, Jayant Savarkar, Aniruddh Harip and Rui Jadhav. The music of the film is by Chaitanya Aadkar while Camera is by Sameer Aythalye.
Tags: Vighnaharta Mahaganapati, Sameer Dharmadhikari, Alka Kubal Athlye, Priya Marathe