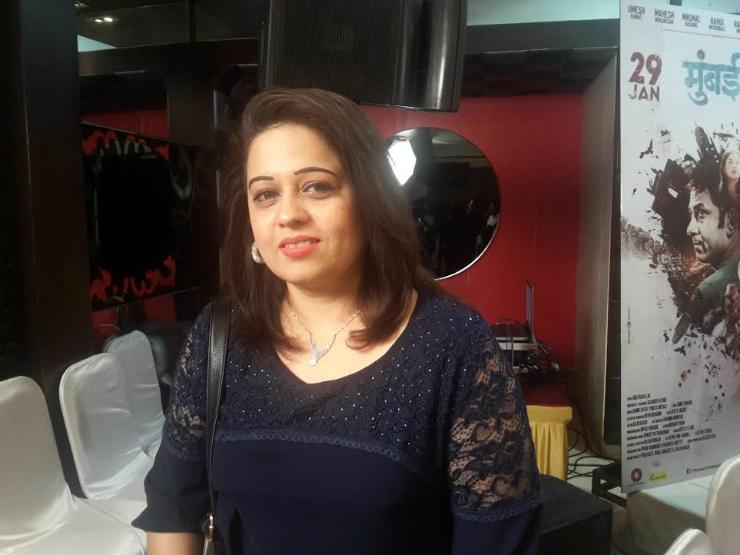 Share this
Ishrat Sultana alias Bibbo, Jaddan Bai, Saraswati Devi and Usha Khanna are few names that come to mind, when we think of female music directors in the film industry. No chance that we can forget Lata Mangeshkar, who using the name of Anandghan, had also turned a music director. In the recent past, we saw singer Vaishali Samant also turning music director.

Now, Yogita Chitale will be making her debut as a music director through the forthcoming Marathi film ‘Mumbai Time’, which is all set to release on 29th January 2016. Yogita has composed only one song in the film, as the other songs are composed by veteran music director Ashok Patki. Zee Talkies met Yogita recently, during the music release of the film ‘Mumbai Time’. She was highly praised by the anchor Smita Gavankar who introduced her as an award winning music director of Non-Film Music albums. Incidentally, Yogita has been composing music on her own, under her company Guruyog, which has been formed along with lyricist Guru Thakur. Till now, she has brought out many music albums. As a singer, she has sung songs for popular music directors like Ashok Patki, Ajay Atul and Nilesh Moharir.

Zee Talkies spoke to Yogita to know more about her career in music and the former Parle Tilak Vidyalaya  and N.M. Commerce student said, “ I have learnt Classical music during my childhood and have been practising singing since then. But one day, I thought  that I should expand my activity in this field and that’s how I turned music director by composing music for non-film songs. When I got a chance to compose one song in the film ‘Mumbai Time’, and that too in the company of great music director Ashok Patki, I considered it as my privilege,” she said.

Indeed, this was a memorable debut as a music director in Marathi films for Yogita. Unfortunately, the song composed by her and rendered in the voice of Shankar Mahadevan could not be played during the event; but the happiness on her face clearly indicated that she was happy with that memorable moment. “After singing this song from this film, Shankar Sir was so happy that he promised me that he would come again to sing a song on my music. I don’t think there is bigger compliment than this one,” she concluded with a smile on her face.