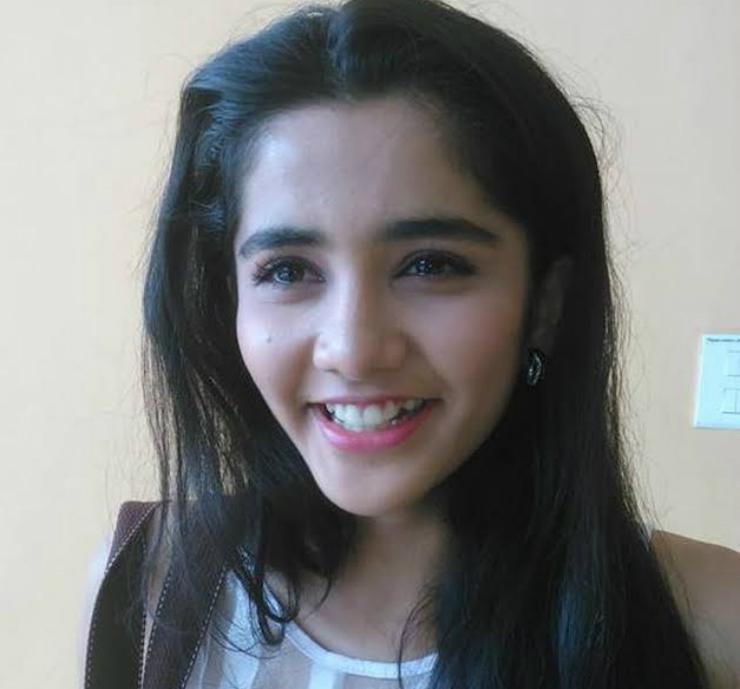 Share this
Nowadays, we find lots of young girls making their debut in Marathi films. Ritika Shrotri and Tanvi Hedge, who were child artistes, made their debut in lead roles last year. Rinku Rajguru is making her grand debut in the lead role through the film Sairat now due for release. She is studying in 9th grade. And now, we find a fresh face in the form of Ayli Ghiya, all set to make her debut opposite Prathamesh Parab in forthcoming Marathi film 35% Kathavar Pass directed by Satish Motling. As per reports reaching us, Ayli is very sweet by nature and co-operative. Being from Pune, she speaks good Marathi and is a very good dancer.

Ayli is from Pune and is studying in 12th standard. She had earlier worked in Bollywood film Hunterrr. When the song video of her film 35% Kathavar pass was released on social networking sites, it invited all the attention as the song with lyrics Moharle He... has been shot at beautiful locations of Bangkok, with beautiful Aayli wearing beautiful costumes designed by  Shilpa Purshottam Koyande. The song is rendered by Sayali Pankaj and Aadarsh Sinde, on the lyrics of Omkar Mangesh Dutt and music of Pankaj Padghan.

Prathamesh has been lucky on last two occasions, as his films Time Pass with Ketaki Mategaonkar and Urfi with Mitali Mayekar in the lead role, have received a very good response from the audience. Will his pairing with Ayli help him to record a hat-trick! Let us wait and see till the release of this film in May 2016.
Tags: Ayli Ghiya, Prathamesh Parab, 35% Kathavar Pass Marathi Movie