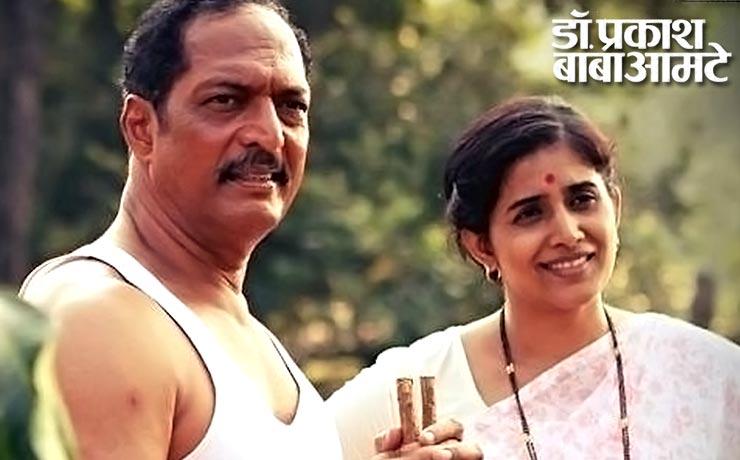 It is very rare that a well educated person will give up everything in his life to work for the upliftment of society in a far flung corner of the world. This is the story of such a man who became a beacon of light for the tribal people of Hemalkasa.
Baba Amte took his son Prakash for a picnic to the jungles of Hemalkasa. This incident had such an effect on Dr. Prakash (Nana Patekar) that he decided to go back and work for the upliftment of the people of that area. Dr. Mandakini (Sonali Kulkarni) loved Dr. Prakash and gave up the luxurious life of the city to stand by her husband. This movie showcases the struggles and tribulation of this couple as they face tribals, wild animals and corrupt officials and yet, make Hemalkasa an example for the world.
Genre:
Biography, true story
Artists:
Nana Patekar,
Sonali Kulkarni,
Mohan Aagashye,
Ashish Chougule,
Vikram Gaikwad,
Bharat Ganeshpure,
Tejashri Pradhan,
Aniruddha Wankar,
Vinayak Patwardhan,
Kunal Gajbhare,
Sushant Kakde,
Sukumar Day,
Prasad Dhakunkar,
Naina Rani,
Krishna Dharme,
Vinod Raut