Finally an award that celebrates laughter and comedy! 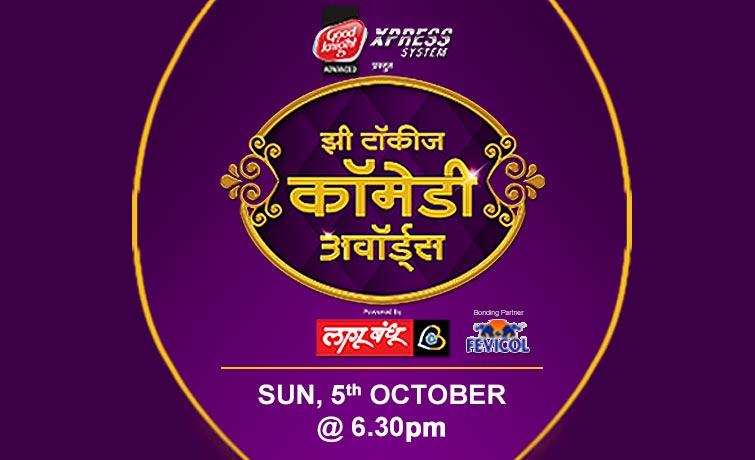 Share this
Whether we realize it or not, comedy has always played a significant part in our lives. Besides giving us a well-deserved break from life and its various issues, it opens us up to newer standards for happiness. Comedy works its refreshing magic simply by allowing us to see the humor in nearly everything from an open non-biased view.
In the arts and film world too, comedy plays an important role in entertaining us. The advent of stand-up comedy has also had a big impact on the treatment of comedy in our movies and theatre. Through their talent, these stalwarts help the Marathi Manoos forget his troubles and have a good time!
Oddly enough, the genre forms only a small part of the nominations categories in every award function be it for theatre or films. The contribution of these comedy stars has always been priceless but sadly not acknowledged enough. It is now time to give ‘Comedy’ the respect and love it deserves and an identity of its own.  With this aim in mind, Zee Talkies is proud to take the unique initiative to celebrate comedy and laughter with the ‘ZEE TALKIES COMEDY AWARDS’!
Bavesh Janavlekar - Business head of the channel echoes this strong sentiment.  He says, “Zee Talkies, being the true symbol/ entity of Marathi films and entertainment, takes immense pride in presenting the “Zee Talkies Comedy Awards”.  This award is a tribute to the past and present legends of Maharashtra who have ensured that the strong legacy of comedy and laughter remains an integral part of our culture and life. With these awards we hope to celebrate and share the best of comedy with the audience of Maharashtra.”
The responsibility of finding our true winners is in the very credible hands of our esteemed jury, who themselves have made a meaningful impact in the art of comedy. The chairman of the jury panel is Mr. Ashok Saraf and Dilip Prabhavalkar and Sachin Pilgaonkar form our august steering committee.  The jury panel includes celebrated names like: Bharti Achrekar, Vijay Kondke, Nivedita Saraf, Purshottam Berde, Vinay Yedekar, Kishore Pradhan, Charushila Vachhani, Jytotsna Dass, Vishwas Sohoni and Vijay Patkar.
Apart from Marathi stand-up comedians, veteran comic actors who have spent their life making people laugh through their work will also be honored with the Life Time Achievement Award during the award ceremony. Zee Talkies is overjoyed to institutionalize the unique comedy awards that gives Marathi comedy stars their due and rightful appreciation.
The awards ceremony will take place on 22nd August, 2014. So, what are you waiting for? Be a part of the most entertaining, fun and pioneering awards show by sending in your entries at  www.zeetalkies.tv/comedy_awards