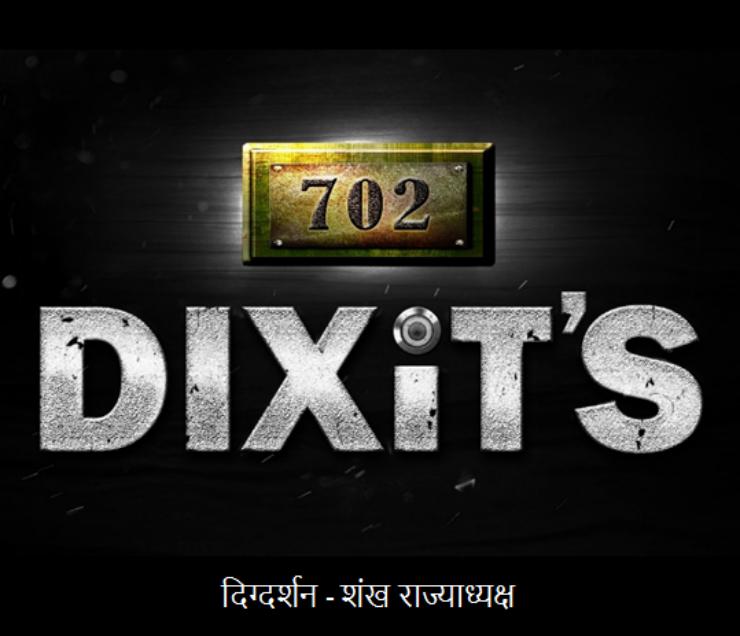 Not many film makers in Marathi have attempted suspense filled films that are inspired by real life happenings. But makers of ‘702 Dixits’ have dared to attempt one such story, which could happen in your life too. Set on the backdrop of Pune city, the film has shown one such tragic death of a housemaid, Asha, who lives with Dixit family on the 7th floor of the building of a housing society. Asha falls from the balcony of the flat when Mr. Yash Dixit is in the house and his wife and daughter are away. She is declared dead on the spot. Suspecting molestation or rape behind this incident, Police officer (Jaywant Wadkar) takes Yash Dixit into custody. Shocked by this incident, Mrs. Dixit (Gauri Nigudkar) calls Yash Dixit’s lawyer friend Riya Pandit for help. The film’s gripping screenplay moves ahead through some happenings with the help of flashbacks to unfold the mystery in the climax.

Director Shank Rajadhyaksha, with considerable experience of editing, has cleverly managed to keep a grip on the screenplay, which is based on limited content. He has still generated interest with efforts taken by the characters of Mrs. Dixit and Riya Pandit, to prove that Yash Dixit was not guilty in the case.  The other characters connected with the case are introduced one by one, skillfully by the director. In the process, he has paid more attention to the expressions of Yash Dixit as well as Riya Pandit. Both of them have lived up to his expectations, giving very good performances. Gauri Nigudkar too has an important role to play and she has played her part well.

There are few minor errors committed in the screenplay, but looking at the sincere effort of the editor-turned-director in presenting this film, they can be ignored. Music doesn’t find much scope, except for two background songs played at appropriate places and the musical title song at the end. The film is a good for one time watch, for all those who love to watch suspense filled films.