Share this
Around twelve years ago, Director Madhur Bhandarkar had presented ‘Chandani Bar’, a Hindi film, on the lives of Bar Dancers which brought before us the strange world of Dance Bars. Later, when the State government imposed a ban on the Dance Bars, one doesn't know much about what took place in the lives of those young bar dancers. New Marathi film 'Aashiyana' directed by Ashish Devle, makes a genuine effort to answer this question.
'Aashiyana' is the name of a Dance Bar. In the first half of the movie, we get to see what happens in a dance bar. Like various types of cheap dance forms, demanding customers and repressive tactics of underworld Dons and the police. We also see how the three young women become Bar Dancers. While showing this, the Director has carefully chosen their characters from different strata of the society. One is a young lady neglected by her rich parents; another one is from the middle class, cheated by her boy friend and is trying to survive with her small child. Third one is from a village, brought to the city by her so-called maternal uncle. In the second half of the film, it has been shown how after the closure of the Dance Bar, these three women try to survive by doing some socially  accepted work. However, their bad luck follows them even there.
The presentation of the film is good. A focus on this issue was called for from the Marathi film industry. Three newcomers Neha Patil, Sai Kalyankar and Krutika Gaikwad have done 'bold' acting to match the temperament of the film. Yatin Karyekar, Sanjivani Jadhav, Anil Gawas, Aryan Kapur and Raj Patil are the other actors in the film. The topic of the film itself, gives a lot of scope for songs and dances. It’s a good effort to present emotional angle of this issue. 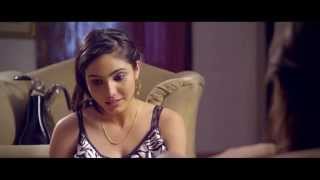