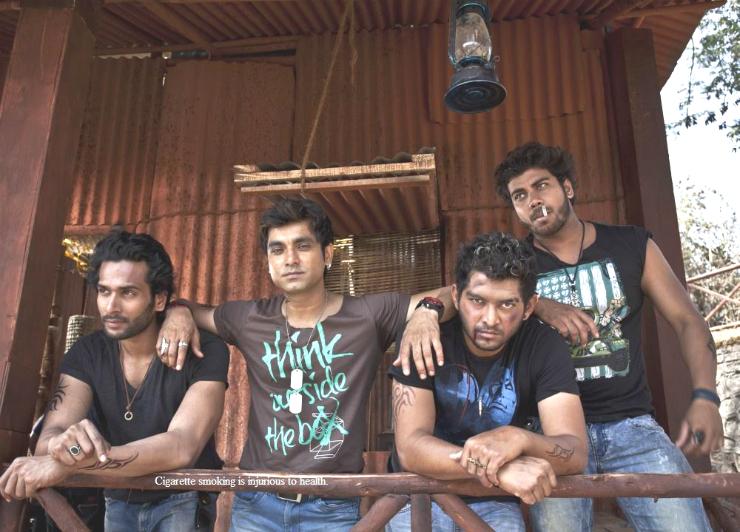 The story of ‘Biker’s Adda’ is about four friends who are passionate about biking. Except for Abhi, their college friend from an affluent family, the other three - Vicky, Salim and Rishi are orphans, raised by Krish (Jai Aditya Giri), a motor cycle garage owner; who is like an elder brother to them. He has not only trained them in biking; but has also trained them to live with dignity and honesty. Vicky ( Santosh Juvekar) who is not only an expert bike rider, contributes part of his earnings from job, to Krish, to run an orphanage, which was set up by his so called father, a retired doctor( Shrikant Moghe) .

Krish advises Vicky to stay away from a Biker’s Adda’ a place, where  regular Bike races and stunts are held on regular basis; but, Viky and his friends are tempted to prove their skills and join the place, with their D5 group. The film talks about their good and bad experiences at this place. The good in the sense that Vicky finds his girlfriend Aditi (Prarthana Behere) here and the bad part is their encounter with the mafia, involved in betting, fixing and drugs.

The film does have some good points to highlight, as it sends across a message to all those in this profession, to stay away from drugs and betting. Also the presentation part of the film is good, as a lot of attention has been paid to capturing the best action moments, through expert handling of camera by Shakil Khan. The costumes designed for all the artistes by Chaitrali Dongre are perfectly suited to the characters. Santosh Juvekar finds a suitable role and he has done full justice to this angry young man character. Another artiste who looks very realistic, is Jai Aditya Giri, a model and biker in real life. Prarthana Behere has very limited scope in this film; but she looks really good in her scenes nevertheless. Veteran Shrikant Moghe has very little to do in this film. Among others, good support comes from Devendra Bhagat and Anirudh Harip.

Director Rajesh Latkar's focus has been on making this an action-filled film for bike lovers; but in the process, he has not paid much attention to the acting skills of some of the supporting artistes. The plot is limited and becomes predictable, especially after the interval and in the climax of the film. Being a technically perfect film, with good sound design and stunts on bikes, it may appeal to all the young bikers of today.