However, the main attraction of this film is the performance of Miss India Universe, Manasi Moghe. The efforts taken by her while presenting different forms of 'lavani' dances and her glamorous looks, are worth appreciating. The film could have reached a higher lever, if director Mansingh Pawar had made it more entertaining and convincing through its screenplay. The story of the film moves forward with predictable sequences, except for the climax, which is different.

Indrajeet (Kashyap Parulekar), son of Mohite couple (Ramesh Bhatkar & Ila Bhate) from Kolhapur, returns from abroad after acquiring education in music. He goes to watch Lavani performance along with his friends and falls in love with the Lavani performer Shivangi (Manasi Moghe). She too reciprocates and that is how the story of this film moves ahead. Shivangi, who is an orphan, has been brought up by Lavani expert Chandraprabha Sanglikar (Deepa Chaphekar). Chandraprabha is the mistress of Raosaheb Shinde (Mohan Shinde). However, Raosaheb has other plans for Shivangi. This leads to  a big drama in the film.

The film is based on musi and has nine songs, out of which three songs have been well presented. A special mention goes for the song ‘Mukkam Vadhavala’. The film’s music has been composed by three different music directors, namely Sachin-Dipesh, Pravin Kunvar & Babru Bhosale. The makers of this film have already made good effort to popularize most of these songs on Marathi television music channels to promote this film. However, you cannot compare this film with the quality of Lavani dance based films like ‘Pinjra' (1972) and ‘Natrang’(2010). Nevertheless, technically, it’s a good effort to handle this subject. Raja Phadtare’s camera work has captured the dance sequences very well.

As far as the performances of the artistes goes, Manasi Moghe makes a successful debut with her notable performance.  Choreographer Deepali Vichare seems to have worked very hard in getting the best out of her. Kashyap Parulekar has also played the lover boy very well. Good support comes from all senior artistes in the film. 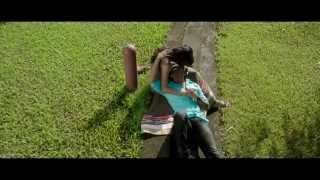