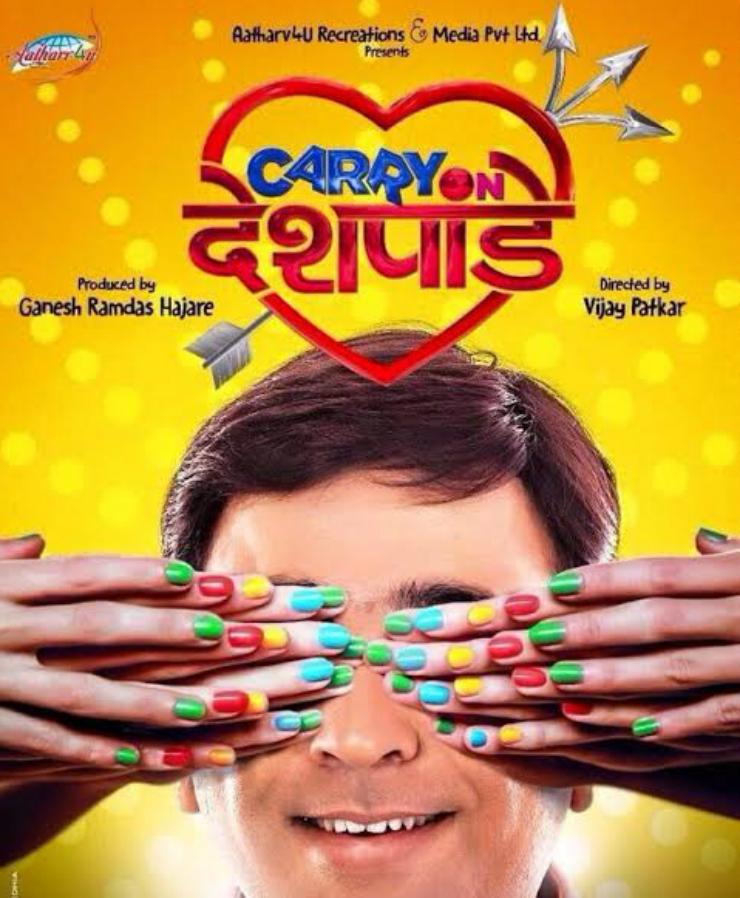 Share this
Name of the film: Carry On Deshpande


If we look at traditional Marathi Comedy films of the past, we have seen them presenting humor in different ways. Some of them managed to create humor deciding their limits, while others crossed the limits to turn vulgar. Carry On Deshpande, falls somewhere in between the two categories mentioned above.

The film presents the story of Mr. Deshpande, who is married twice; with his two wives staying together. There comes a third woman into his house, to create trouble for Mr. Deshpande, increasing the misunderstandings of the first and second wife. Therefore, the first wife Prathama (Seema Kadam) and second wife Dwitiya (Hemalata Bane) engage a detective (Sagar Karande) to keep a watch on their husband (Pushkar Shrotri). How the clever husband tackles the situation to make his new girlfriend (Manasi Naik), is what the director has presented in his own style of humor. Simultaneously, he has also shown the affair between Deshpande’s niece and Deshpande’s brother in law (Sanjay Khapre) to keep the screenplay moving. But this has resulted into many nonsensical happenings.

All that the film has tried to show is that our Marathi actresses can also look glamorous. Among them, Manasi Naik gives a bold performance. Seema Kadam doesn’t look like a debutant, as she has played her role confidently. Hemlata Bane is just fine, while Pushkar is at ease with his character.

Overall, the film makes for okay viewing, and could have been crisper in its presentation and content.