Share this
New Marathi film ‘Chintamani’ presented by Satya Vision Achievers Spectrum Films, has been cleverly divided into two parts. The film revolves around a middle class married man, Chintamani, who is in a dilemma for not providing the basic needs to his family members. Therefore, with all such routine stuff, the first part of this film hasn’t been able to hold the attention of the audience.
One fine day, Chintamani comes across an advertisement which says, ‘Pay Rs,25 thousand and earn Rs. 1 Crore’. He gets tempted and gets trapped into the web. His daughter also is kidnapped. So, to save her, how Chintamani turns into an angry young man, is what  the second half of the film’s drama is all about. In the climax , there is a big surprise for Chintamani and the audience. To know what it is, you will have to watch this film.
If the first half had some interesting happenings, the film would have certainly generated more interest. The story of ‘Chintamani’ is by Deepak Anant Bhave and the screenplay and dialogues are written by Kiran Shrinivas Kulkarni and Pallavi Karkera respectively. But, they  have been able to make only the second half interesting with speedy happenings.
They have also succeeded in giving an emotional touch, when Chintamani is desperately in search of his beloved daughter while holding the custody of the bag containing Rs. 1 crore. In the process, he has to encounter many fighters and wrestlers. Finally, everything becomes clear at the end. Bharat Jadhav, who plays the title role of Chintamani, has been able to portray a helpless middle class married man very cleverly in the first half. Whereas, in the second half, we notice the change in his attitude while facing the crisis. This role of Bharat can be termed as one of his best performances  given so far. Amruta Subhash who plays his wife in this film, has played the role of a well adjusting wife even though she comes from a rich family. They have worked together for the first time. Tejashree Walawalkar has played the role of little girl with great ease.
Uday Tikekar, Hemangi Rao, Milind Shinde, Kamlesh Sawant and Kishor Pradhan have offered good support. Milind Gunaji and Ruchita Jadhav are in special appearance; with Ruchita getting a chance to present an item song. Lyrics of this film are penned by Arwind Jagtap, Sagar Khedekar and Sanjeev Kohli. The music is by Sanjeev Kohli. Produced by Kalpana Sethi and Sangita Balachandran, this film is interesting in the second half and hence is worth watching once. 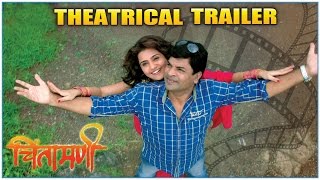