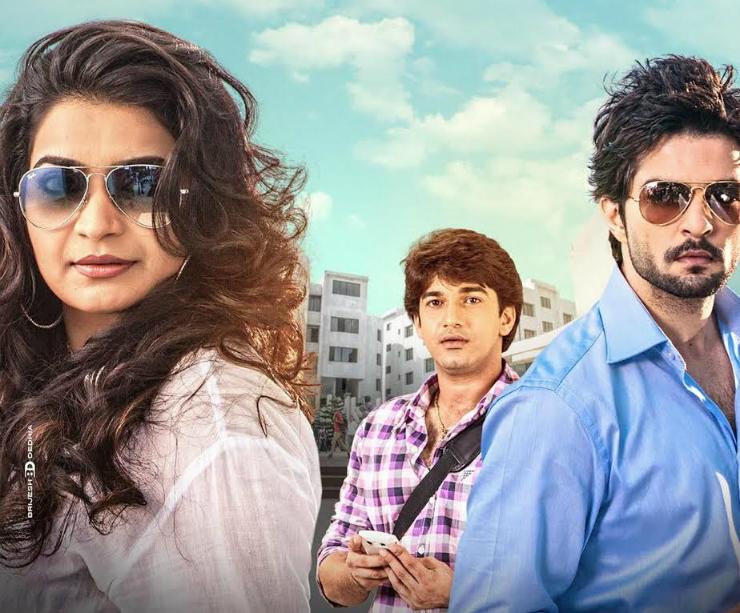 Share this
Marathi films are known to pick sensitive and important current affairs topics as subjects for films. Sometimes it works well and at other times, it ends up becoming a sermon. New Marathi film ‘Citizen’ has maintained this balance well; the credit for this goes to director of this film, Amol Shetge.

The film presents the story of a collegian, Rajashree Rajeshirke (Rajashree Landge), who fights her lone battle against the system. Rajashree, who believes in morality, has to face the  hurdles while living a principled life. While contesting elections in the college, she faces false allegations but she tackles them with courage. There are many other incidences in her life which are highlighted by the screenplay. ‘Citizen’ is a reminder for all those who believe in living a truthful life. Incidentally, the film also throws light on some of the games played in politics.

Shetge’s direction has helped bind his story and made it effective with dialogues that pack a punch. Lyricists Shrirang Godbole and music directors Avinash-Vishwajeet have added that extra flavor to this film. Another notable mention is the excellent photography by Suresh Deshmane.

The film’s drawback is that on few occasions, it fails to generate curiosity. Some of the happenings in the film are predictable. The film also has too many characters for its own good. The film‘s story is all about the journey from social service to politics. The film provides a good watch, but the below-average promotions pre-release could work against its favor at the Box Office.