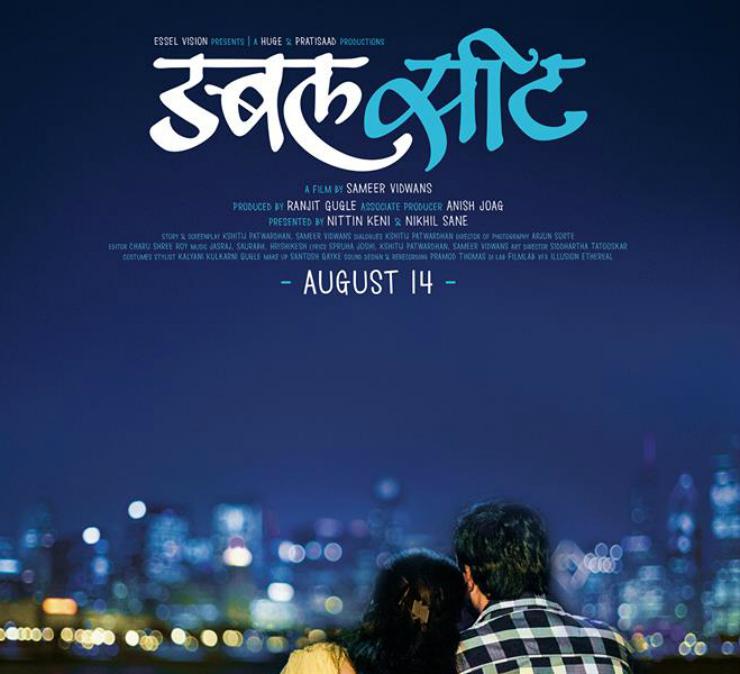 Most people are aware of the life in a Mumbai chawl. People living there, especially youngsters, always dream about moving out of that congested place to a better locality. But the old generation doesn't have the same aspirations. They are comfortable living there and have not kept up with the times in the city of Mumbai.

While watching the newly released Marathi film ‘Double Seat’, we are introduced to a young Amit (Ankush Choudhary) who is married to Manjiri (Mukta Barve) from the Konkan region. He lives with his parents and brother in their small chawl. Soon Amit realizes the problems faced by his wife, while she adjusts to life in a chawl. Amit earns a meagre salary, while his new bride is an insurance agent. Amit’s father (played by Vidyadhar Joshi) works at race course but doesn't share the same vision as his son. Over the years, he has become content living same condition. Amit realizes that the house they live in is not big enough for them and starts looking for his own place, supported by his wife. The film depicts how he faces various obstacles to fulfil his dream and how his parents join him in his vision. All these incidences come together in a humorous yet emotional way.

The film’s story portrays middle-class life, with its share of problems and relates them to the struggle of people in a similar situation.

The film has a notable soundtrack. Special mention may be made about ‘Kiti Saangaychay mala’ which speaks volumes of Mumbai. Manjiri’s dialogues and the perfect setting of a chawl draw the attention of the audience. Ankush Choudhary, having lived earlier in Lalbaug-Parel, could portray his character perfectly. Mukta Barve’s performance is so realistic that you forget that you are watching a character on screen. Vandana Gupte in the role of the mother has managed to portray the affectionate mother and a shrewd woman as well. Vidyadhar Joshi has portrayed maturity through his role. Both Pushkar Shrotri and Asavari Joshi have done well in their cameos.

‘Double Seat’ gives the audience a sense of satisfaction after they have left the theatre.