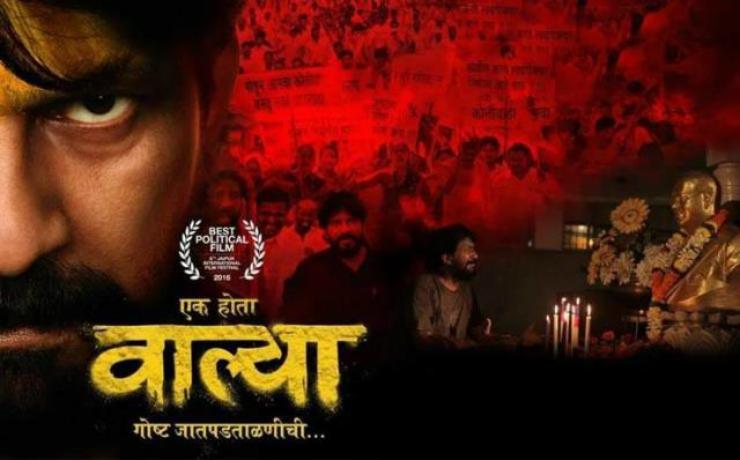 The medium of feature film is such that it can be used effectively to focus on a social issue. Writer-director Sharadchandra Jadhav has beautifully made a film Ek Hota Valya, which is based on the Adivasi Koli community. The film highlights the issue of injustice on Koli and other similar tribes, who haven’t received justice even after 65 years of independent India. However, in the process of showing all the details, the film has stretched to 140 minutes. The film could have been more effective, if it was edited properly.

The hero of this film Valya, belongs to the Koli community. He faces his caste verification and not able to support proper documentary evidence, he loses his job. Being helpless, he resorts to the path of agitation against the government authorities and that’s how the screenplay of the film progresses. The film produces all the facts and evidences to prove injustice suffered by the community over the years, which makes the audience think seriously about the issue, presented through this film. The film does succeed in effectively presenting the issues of Koli and other tribes like Halba, Govari, Dhangar , Thakur , Gabit , Kolgha, Kolcha & Manevarulu.

Very few films are able to present such issues. But, Ek Hota Valya does it with total sincerity and hence is worth a watch. Presented by Sharp Minds Moving Images, the film stars Sharadchandra Jadhav in the role of Valya. His concern about the community is seen through his writing and performance. There are many other artistes, including some real life citizens, who have supported well through their performance. The film does have some scope for songs, music and a dance. Producer Mukesh Thomre has shown his guts to present a film on such a subject.