Share this
More and more newcomers are entering Marathi films. During the entire year 2014, we have seen many new faces, some of whom have come from either from Hindi films or modeling field. Shital Upare, who won the title of Miss Progress International beauty contest earlier this year, made her debut through just released Marathi film ‘Indian Premacha Lafda (IPL)’ and it has been an impressive debut for this young talented beauty queen from Nagpur.
Produced by Mohan Purohit & Mustaq Ali and written and directed by Deepak Kadam,  'Lakshmi Tujyavina’ & ‘Ashi Hi Hasava Fasavi’ fame) this comedy film with a social message, presents the story of two close friends Vijay (Swapnil Joshi Jr.) and Ajay (Santosh Mayekar). Vijay , who is working in a company, is in love with a simple good looking orphan girl (Shital Upare). But, Shital is looking for a boy who belongs to a joint family. Since, Vijay lives with his friend Ajay, who is a struggling actor; he seeks his help and we see them presenting a ‘made-up’ family to impress Vijay’s beloved.
Some what similar plot was noticed by us in a recent TV serial ‘Eka Lagnachi Teesari Goshta’. And, therefore the story of ‘IPL’ doesn’t offer anything new. But, the manner in which the director has has given treatment to this film, makes a big difference.  Very cleverly he has selected the different characters of this film, who belong to different sections of the society and that really creates the best humour in the screenplay. He has also tried to pass a social message about the importance of developing good human relationship with strangers, even if they are not your blood relations.
The director has picturised the songs in the film very skillfully, using the right locations to create an impact on the audience. He receives good support from the art director Rughved Ranade, costume designer Dhanalaxmi and cinematographer Prasant Misale. Ashish Donald has also offered good music for two songs. But, above all, the performances of all artistes, has brought the required humour into this film. Debutant Shital Upare and theatre artist Santosh Mayekar invite all the attention in this film. As a hero, Swapnil Joshi has done his best. But, very good support comes from the big team of artistes comprising of Vijay Patkar, Vijay Kadam, Siya Patil, Kshitija Ghosalkar, Sunil Tawde, Usha Satam and others. Technically, it is a well presented entertaining film, with a social message. 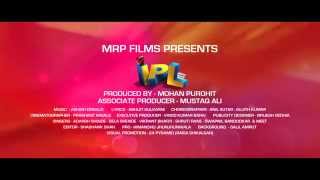