Share this
Some films, even with a limited scope, are able to create a very good impact through its well-presented screenplay. The newly-released National award-winning film ‘Killa’ presented by Essel Vision Pvt. Ltd., M.R.Film Works, R. Pictures and directed by Avinash Arun, falls into this category.

The film’s story begins with a widow who shifts base from Pune to Konkan on a job transfer, along with her 11-year-old son, after the untimely death of her husband. Her principles in life do not allow her to be dishonest and this virtue leads to trouble brewing at her new workplace, just as she is fitting in. Another job posting comes through for her and she is transferred to Satara this time. In the meanwhile, her son befriends a few mischievous students from his school. The students enjoy visiting the fort on the outskirts of the village as well. Hence, parting from the village is an emotional affair for him.

The film revolves around the understanding that gradually develops between mother and son, in the toughest phases of their lives. The breathtaking Konkan coast has been beautifully captured through the camera lens. The flora works as a heartwarming element in this film. This is where the excellent work of both the director and the cinematographer is evident. Archit Deodhar, who plays the character of Chinmay has played his role as a calm and composed boy. Amruta Subhash has plenty of scope in this film. She has played a responsible woman who is required to look after her job and her child in the most-difficult situations. And she does it effortlessly.

The five characters who play the school children in this film are very impressive. It is because of their presence that some of the scenes make for an interesting watch. The typical primary school atmosphere of a village has been perfectly-created in this film, which goes very well with the script.

Films that carry a message and are intellectually-appealing are fast-gaining popularity. And Avinash Arun's ‘Killa’ perfectly fits into this category as it carries forward the tradition of great Marathi cinema. The film is certainly worth a watch with the entire family. 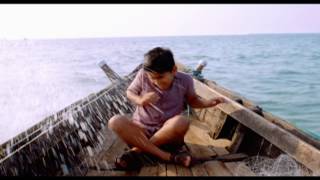