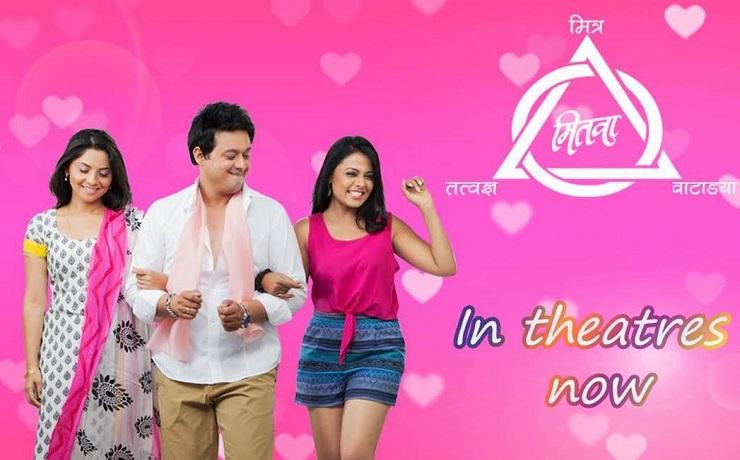 Share this
Romance is in the air and this romance is captured very aptly in the romantic film, 'Mitwaa'. Directed by Swapna Waghmare Joshi, 'Mitwaa' presents an emotion filled drama, which scores on account of good music and wonderful performances.

The full form of ‘Mitwaa’, as defined by the director of this film, is  'Mi' stands for 'Mitra' (a friend), 'Ta' stands for 'Tatwdnyani' (a Philosopher) and 'Waa' stands for 'Watadya' (a Guide). The script has to match the great definition of this beautiful word. ‘Mitwaa’ revolves around three main characters. Although it is not a love triangle, the fourth angle in this film shapes this love story differently. However, the screenplay of this film takes its own sweet time to develop the story, which does come across as a lapse in the film.

Shivam Sarang (Swapnil Joshi) is a happy go lucky and successful businessman and a casanova when it comes to beautiful women. He doesn’t believe in love and relationships. Shivam has a good friend Avni (Prarthana Behere) whom he trusts a lot. However, Avni is in love with Shivam and takes care of him at every stage apart from managing his business too. Shivam who is not keen on marrying Avni, takes interest in his new employee Nandini Prabhu (Sonalee Kulkarni)and falls in love with her at first sight.

Avni comes to know about Shivam’s attraction to Nandini, who does not respond much to his advances. One day, Shivam proposes Nandini, but she tells him her difficulty. From this point, the film takes a turn and we see some great dramatic scenes in the post interval session. At one point, we even notice Nandini expressing her love for Shivam, as there is one kissing scene between the two; but at the same time, she tries to keep him away. This is where, we find some confusion between the story writer and the director. This results in losing the grip on the screenplay.

'Mitwaa' has music by Shankar Ehsaan Loy, who have composed two beautiful love songs. The film is set on the backdrop of Goa and hence, the locations are very romantic and beautiful. Produced by Meenakshi Sagar of Sagar Pictures and Shekhar Jyoti of PSJ entertainment, this film has not turned out to be an extraordinary film. However, some scenes in the film are extremely well presented. It would have been better, if the director had paid more attention on screenplay to make it more interesting. 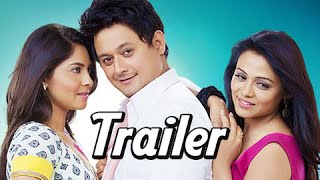