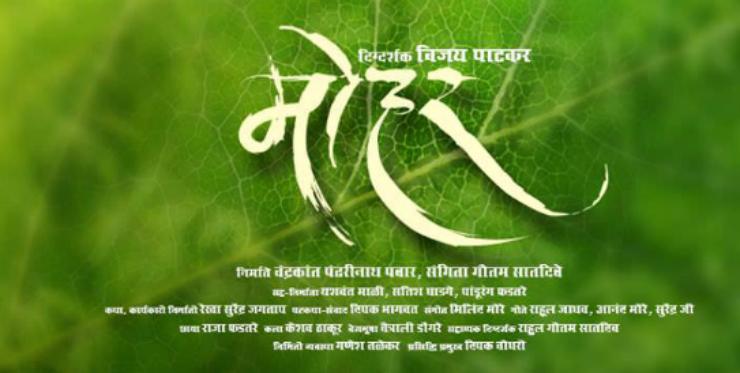 Name of the film: Mohar

Nivrutti (Prasad Oak) who has left behind his wife Tainu (Aditi Saragdhar) and two children in the village to work in a factory in Mumbai, is in deep trouble as the workers go on indefinite strike to press their demands. As a result of this, Tainu works in a brick manufacturing unit in a village. The owner of the unit Sayaji, (Sayaji Shinde) is after Tainu. As the strike goes on for more than six months, Nivrutti becomes desperate in search of a job. Through his close friend, he finds a Peon’s job. However, there is no place to live. When his friend’s wife drives him out, Nivrutti is on the roads. His old friend Shailu, who is a dancer in a club, finds him on the road and offers shelter in her own house. Shailu seduces Nivrutti to have sex with her. Initially reluctant, he becomes her bed partner and even becomes possessive about her. Soon, he realises that he has contracted AIDS. How Nivrutti tackles this chaos of problems forms the core plot of the film.

The film makes a sincere effort to create awareness about AIDS. The best part of the film however, are the fine performances by Prasad Oak, Aditi Sarangdhar, Sayaji Shinde, Hemlata Bane and Vijay Kadam as the helpless school master. The director has cleverly shown the struggle of husband and wife for survival. But, some of the sequences in the film are not convincing. There isn’t much scope for music in this film, except for the title song picturised on Hemlata Bane and an item number from Manva Naik in special appearance. Raja Phadtare has done a good job capturing perfect expressions of the artistes in close up scenes.

The film may appeal to the audience from rural areas. In cities, it may not reach the film lovers, as it has taken the bold decision to release at a time when highly awaited film ‘Natasamraat’ is generating all the interest.