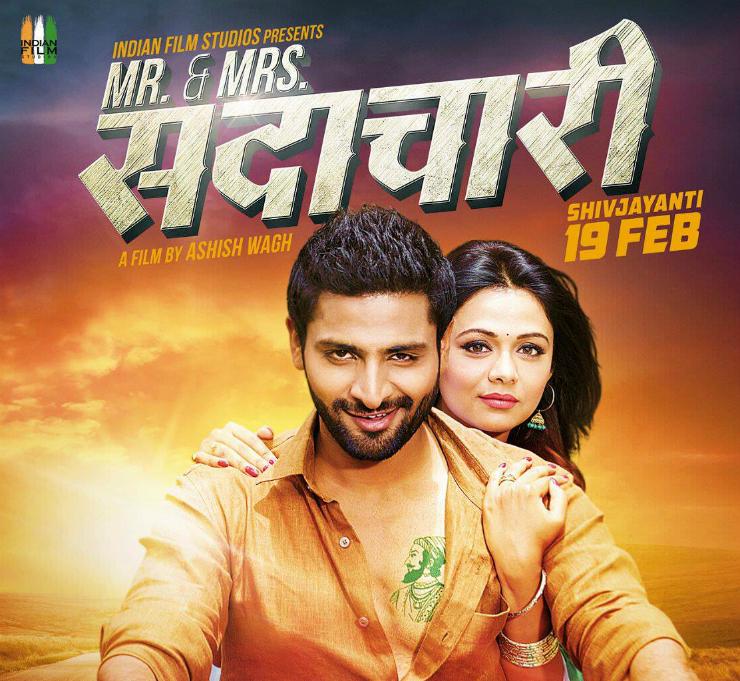 Share this
Name of the Film: Mr.& Mrs. Sadachari

Mr.& Mrs. Sadachari is a remake of 2014 Kannada film Santhosh Ananddram’s ‘Mr. &Mrs. Ramchari. Debut director Ashish Wagh has played it safe with the film and has made few suitable changes to please Marathi audience. The protagonist, Shiva (Vaibhav Tatwawdi) idolizes the great warrior Shivaji Maharaj and tries to incorporate the warrior’s principles in his life.

On one occasion, he saves Gargi (Prarthana Behere) from ragging, by a notorious student (Vijay Andalkar). Gargi thus, falls in love with the Superhero Shiva, who also gives his heart to her. However misunderstandings and opposition from Gargi’s mother (Sumukhi Pendse) create a rift between the duo. Gargi’s brother (Prasad Javade), a close friend of Shiva, who initially misunderstands him, tries to help him later and so does Shiva’s father (Mohan Joshi). The film ends on a happy note.

Mr. & Mrs. Sadachari’ is an action packed, romantic musical film. Remake of a south Indian film, the movie is total entertainment. Good dialogues to suit the requirements of the Marathi audience, wonderful photography, lovely locations, good choreography, beautiful costumes and above all, good performances, by Vaibhav, Prarthana, Mohan Joshi, Pradeep Velankar and others, are the plus points of this film.

Some of the happenings in the film, especially the fight sequences, are on the lines of Ajay Deogan & Salman Khan films. The film becomes predictable towards the end. But, ‘Mr & Mrs. Sadachari’ is awell presented film and is a good musical entertainer.