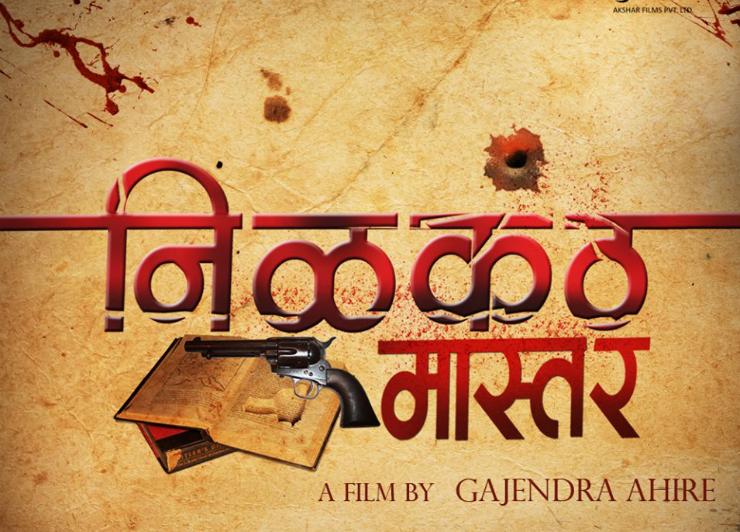 Whenever a period film is made on the backdrop of a specific era, care is to be taken to create the required atmosphere besides focusing on the screenplay. Gajendra Ahire’s Marathi film ‘Nilkanth Master’ presents the story of a young freedom fighter during the 40’s. The film moves slowly in the beginning but keeps the viewer hooked in the post-interval session. Good performances by all the artistes and quality music are the plus points of the films.

There are two different angles to the story of this film. Vishwanath (Omkar Govardhan), a young freedom fighter, joins the freedom movement under the leadership of Vyankatesh (Adinath Kothare). But when Vyankatesh is killed in an operation, Vishwanath is handed the responsibility of giving the news to Vyankatesh’s wife Yashoda (Neha Mahajan). Since there is a police hunt for Vishwanath, he is advised to take shelter under the name of Nilkanth Master.

Vishwanath later finds his childhood friend Indu, who is married to a lunatic. After meeting Vishwanath, she tries to win him over, to fulfill her age-old desire of marrying him. The film however, hasn’t succeeded in terms of binding both stories together.

There were big expectations from Gajendra Ahire, who has directed a massive 43 films in the past. Pooja Sawant impresses in the role of a village girl. She has not only looked good but has also danced well. Neha Mahajan continues to show her versatility with her every new film. Omkar Govardhan is a hard working and promising actor and he has already proved his ability through his previous film ‘Ruhn.’

In this film, Gajendra Ahire has himself taken the responsibility of writing the story, screenplay and lyrics. Film’s editing is by Ballu Saluja, cinematography by Krishna Sorren and music by Ajay-Atul. Though this film’s promotion was done well, ‘Nilkanth Master’ hasn’t been able to live up to its high expectations.