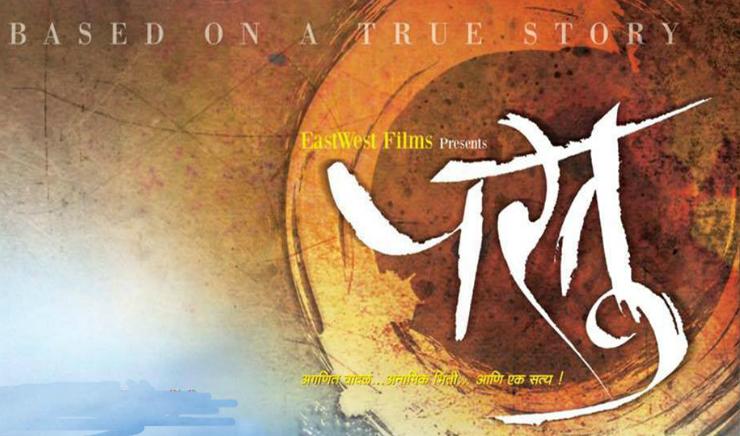 Name of the Film: Partu

An excellent cinematic version of a simple but realistic story is how this latest Marathi film, ‘Partu’, can be described. The film’s story is set on the backdrop of a period between 1968 and 1985 and is presented by an American company East-West Films. Nitin Adsul, who  has directed this film, has presented the story very skillfully.

An eight year old boy Prithvi, (Yash Pande), who comes along with his uncle to Maharashtra to see Mumbai for the first time, is lost at Ahmednagar railway station. While searching for his uncle on a road, he is spotted by Laxman (Kishore Kadam), a villager. He brings him home and offers him shelter, against the wishes of his wife. Neither Laxman is able to understand Prithvi’s language, not Prithvi understands what Laxman has to say. So, not understanding his name and place properly, Laxman calls him ‘Partu’ and thinks that he belongs to a village called Pravara. He even tries to take him back to his village, but doesn’t succeed. So Partu becomes part of Laxman’s family and grows along with Laxman’s children. When he attains the age of 25, Laxman gets him married to a young woman (Gayatri Soham). When Laxman and his wife travel along with the newly married couple on a pilgrimage, they reach Rajasthan. It is here that Laxman tries to locate Partu’s house and his family. At this stage, the film takes the audience on a new interesting journey right until the climax.

Instead of expanding this story with unnecessary additions, it is presented neatly to keep the audience engaged. Director Nitin Adsul has taken good care not to deviate from the subject. Actor Kishore Kadam, who is good at adapting to any character, has played the role of Laxman very well.  Smita Tambe has also displayed her talent, through her expressive face and vivid body language. She has done a wonderful job presenting a mother of two children, who showers the same love and affection later on Partu. Saurabh Gokhale has done justice to the title role of Partu, while good support comes from Gayatri Soham, Navni Parihar, Raja Bundela and Anshuman Vichare. Megha Ghadge has impressed through her sparkling lavani performance. Even the song on the young married couple of Saurabh and Gayatri has been brilliantly shot.

The film slows down a bit in the post-interval session. Though there is a well presented song portraying the Maharashtrian and Rajasthani mix culture, it has given a break to the flow of the story. ‘Partu’, is a must-watch film, based on a true story.