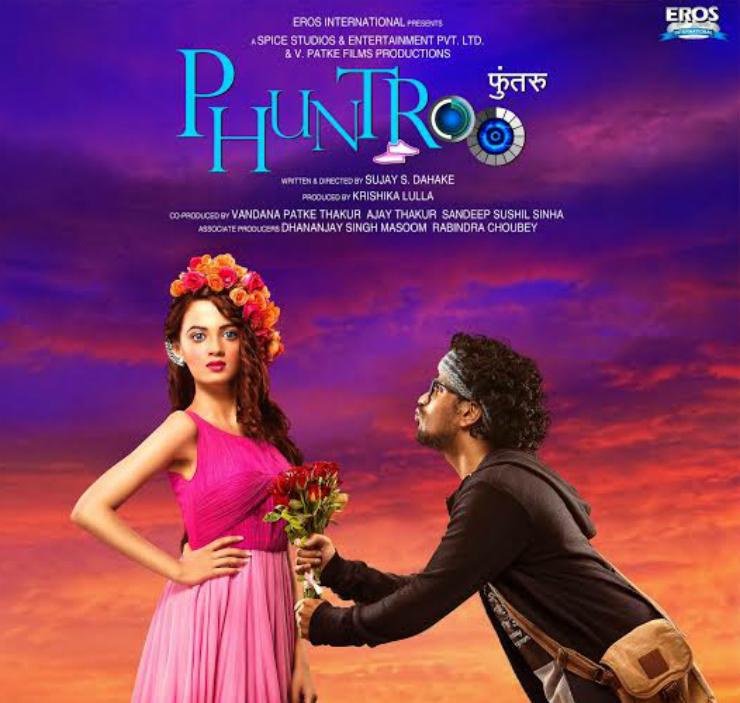 Name of the Film: Phuntroo

Writer-Director Sujay Dahake came into prominence, when he made his debut film Shala, based on the novel with the same name. Later, there were big expectations from him. But, his next film Aajoba, failed to appeal. Now, his new film Phuntroo, which has a unique name and which is story of one-sided love, which fails to pick up in the first-half, picks up well, with a gripping drama in the second-half.

Veera (Madan Deodhar), who is studying in an engineering college, is in love with Ananya (Ketaki Mategaonkar) but is unable to express his love. So, using his intelligence and knowledge, he prepares a hologram of Ananya. Then, he tries to add life into that hologram. Nano (Shivraj Waichal), a common friend of the two, also gets attracted towards Ananya.

Otherwise, they have a group comprising Shruti (Shivani Rangole), Online (Rutruraj Shinde), Galla (Rohit Nikam) and their competitor Prakashan (Aayushman). The conversation between them generates lots of humor because of their language that's filled with technical words. Finally, Veera finds his love.

This being the first science-fiction attempted in Marathi, is worth a watch for its unique subject. The film has also presented a conflict between emotion and invention. Ketaki Mategaonkar has performed very well and she has looked glamorous. But, Madan Deodhar has proved the real winner through his stellar  performance. Two-three songs have been placed well in this film.