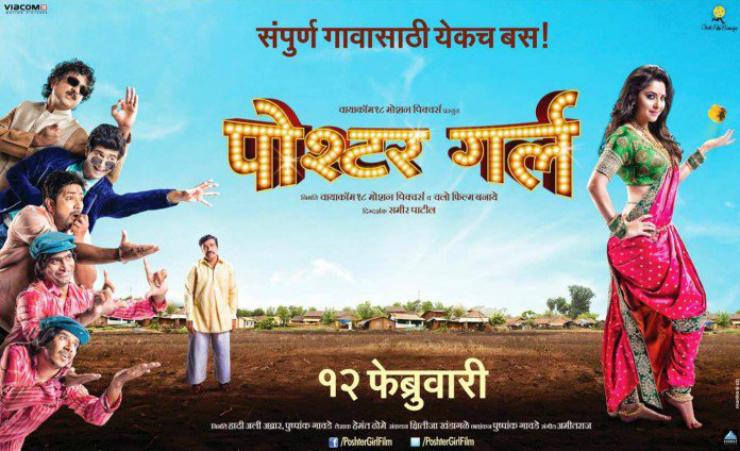 If the story and screenplay of the film are able to deliver a social message, besides its entertainment value, their work deserves appreciation.‘Poshter Girl’ falls in this category. Set against a rural backdrop. The story is written by Hemant Dhome while the screenplay and direction by ‘Poshter Boyz’ hitmaker Sameer Patil.

The film revolves around a highly patriarchal village. Female infanticide is rampant, and hatred towards females is obvious. But the arrival of a young girl Rupali Thorat (Sonalee Kulkarni) drives all the boys from this village crazy, and she is flooded with marriage proposals. Subsequently. Rupali shortlists five people and tests them using her own methods. And, how each one of them respond to her test, is what the film is all about.

Rupali’s friend (Hemant Dhome) has a pivotal role in the film. He plays an important role in helping Rupali to make her choice. The film also throws light on the emotional relationship between uncle and his niece and at the same time, Rupali’s explains the importance of farming to the youths from this village.

The village culture, the lifestyle of local people and their attitude have been presented well, through many situations; but, at the same time, few scenes are misconstrued. Lavani performance by newcomer Rasika Dabhadgaokar is impressive. Music is good, could have been better. The film seems stretched and could’ve been cut down.

All in all, the movie was a good attempt at comedy and spreading social awareness.